On a very windy afternoon we meet Cyclist of the Month Eske Scavenius on his way to work. Eske is 26 years old and always cycles in a suit to his work as a strategy consultant in the Rembrandt tower; Amsterdam’s tallest skyscraper (which is only 150 meters tall…). 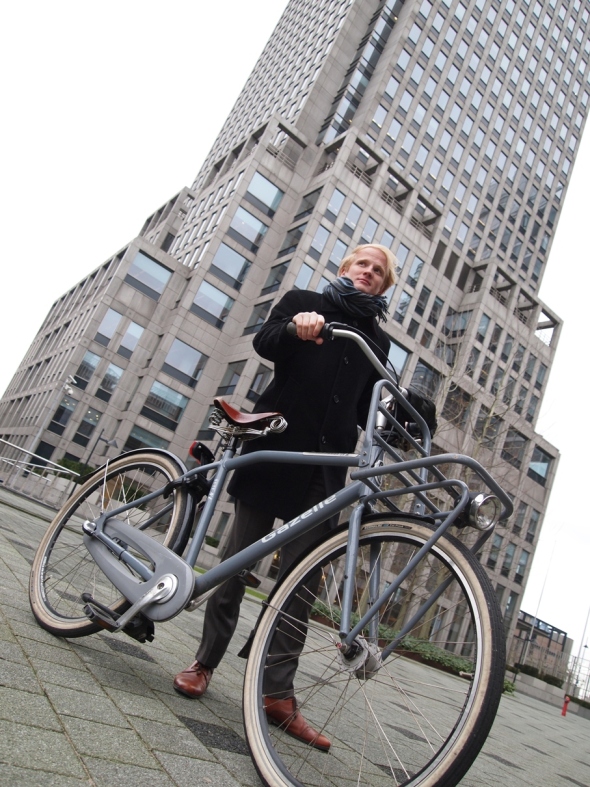 Eske did not become Cyclist of the Month for nothing: when offered a company car, Eske decided to take a ‘company bicycle’. So instead of driving a BMW, Eske ‘rides’ a Gazelle. Remarkable, but not unique. An increasing amount of companies in The Netherlands offer their employees a company bicycle. For Eske it was an obvious decision to take the bike, not only because he lives only a twenty minutes cycle from work, but also because he simply loves cycling more than sitting in a car. And above all, it’s much better for the environment. 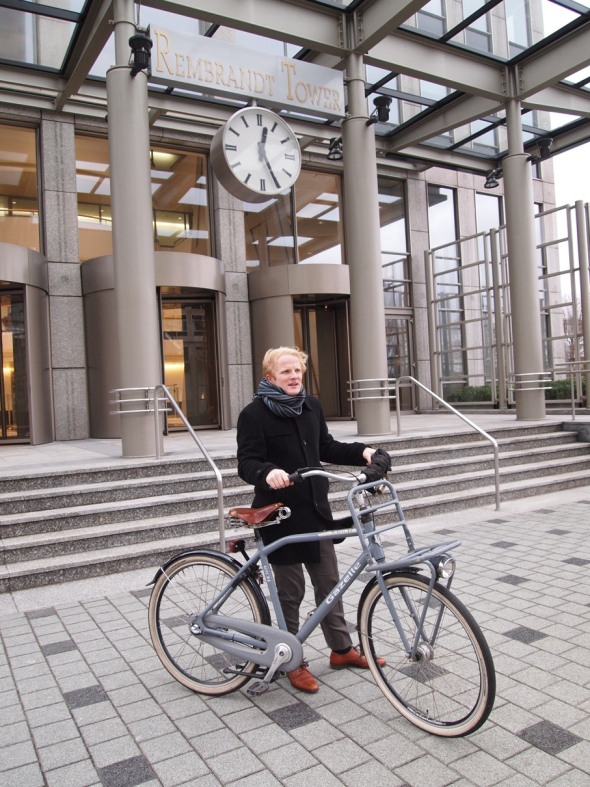 Eske is a very proud bicycle owner. Instead of going for a trendy bicycle with a retro-appearance (very popular in Holland), he went for a modern take on the classical Dutch bike. He added a traditional leather Brooks saddle that forms itself in time around your buttocks. Who needs a BMW to be fancy!?

Eske enjoys his commute every single time, rain or shine. A large part of the cycle follows the river Amstel and gives him a view of Amsterdam’s skyline. And there is certainly no better way to enjoy such views than from a bicycle’s perspective, with the wind blowing through your hair.

This entry was posted on January 25, 2012 by amsterdamcyclechic. It was filed under Cycle Chic Spotlight, Cycling in suits, Cyclist of the month, Dutch bikes and was tagged with Amstel, bicycle saddle, Gazelle, Rembrandt tower.