While the citizens of Amsterdam temporarily swap their bicycles for ice-skates, part of the Amsterdam Cycle Chic team visited Morocco. In Morocco we encountered a widespread and very colourful cycling culture, which is not only limited to its cities and villages. Apparently even the desert offers a good soil for cycling. You do have to be a skilled cyclist to be able to mount the sand dunes of the Sahara. 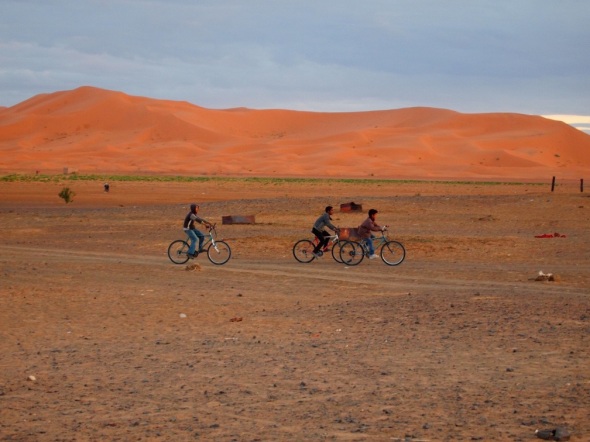 In the medinas of Rissani and Marrakech the bicycle is, next to donkeys, a much-used vehicle for transport. Vegetables, eggs, or even groceries for the whole week are being transported by bicycle. 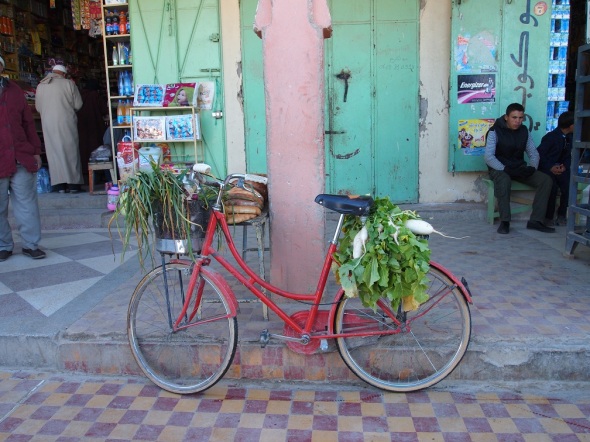 While a young girl is proudly showing of her red mountain bike in Ouarzazate, an old man is using his bike as a chair while chatting with friends in Rissani.

The colourful aspect of Morocco’s cycling culture manifests itself in its cheerful coloured bicycles and accessories. Check out the cool pannier bags and saddle covers. As you can see, I even had my own made! 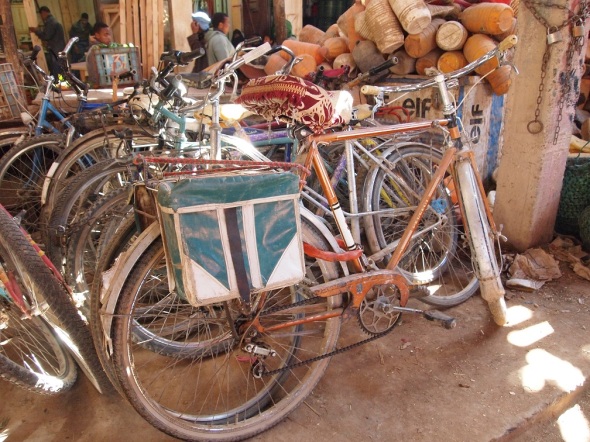 This entry was posted on February 16, 2012 by amsterdamcyclechic. It was filed under Bicycle accessories, Cycling holidays, Transport by bike, Transport solutions and was tagged with bicycle saddle, grocery shopping, Morocco, panniers, saddle cover.