Constructing your own bicycle out of old parts? That’s something Niels Gomperts loves to do, as his two striking, circus-like bicycles illustrate. Actually, Niels is a selfmade handyman who can fix and construct almost anything. And with artists’ blood flowing through his veins, all his creations have an artistic touch. 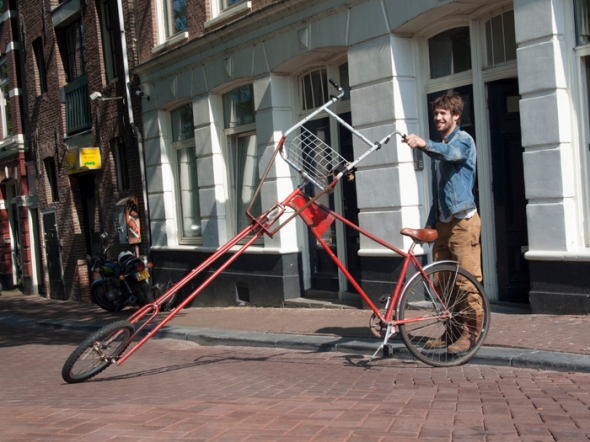 His beautiful home in the heart of Amsterdam, which seems to be an ongoing creative construction site, represents his bohemian lifestyle. In front of his house, his two bicycles are parked on a bridge. 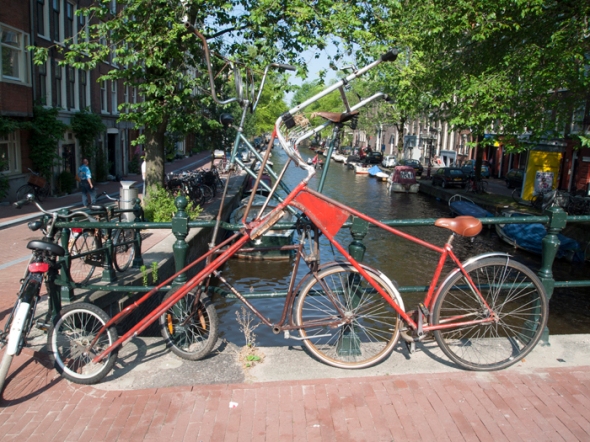 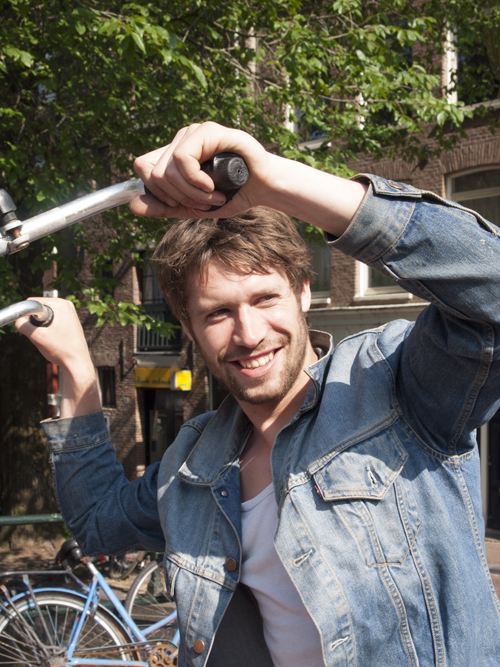 Cycling all the way to Poland Niels and his friends made a pit stop in Berlin, where they visited a friend with a very colourful collection of bicycles. Returning home Niels couldn’t wait to get started on his own. For both bicycles he used old bicycle-parts, and for the steering wheel of the ‘low-rider’ he ‘borrowed’ his grandmothers walking frame. Nice touch! 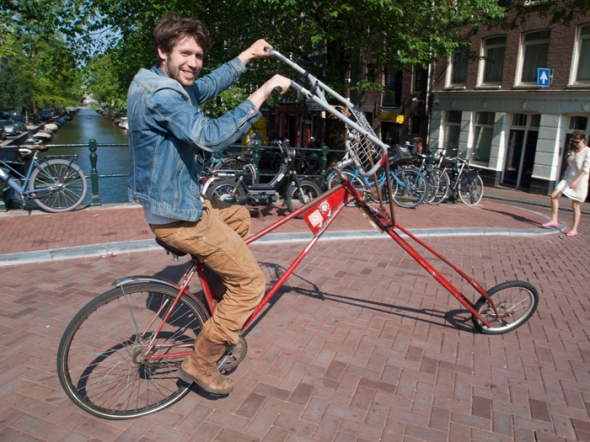 Though he doesn’t ride them daily, he does take them out to cruise through the Vondelpark – sometimes accompanied by a sound installation – or go to a cafe. Of course he fell of a number of times, but hey, that’s the best way to learn. Now he can handle just about any moving vehicle. 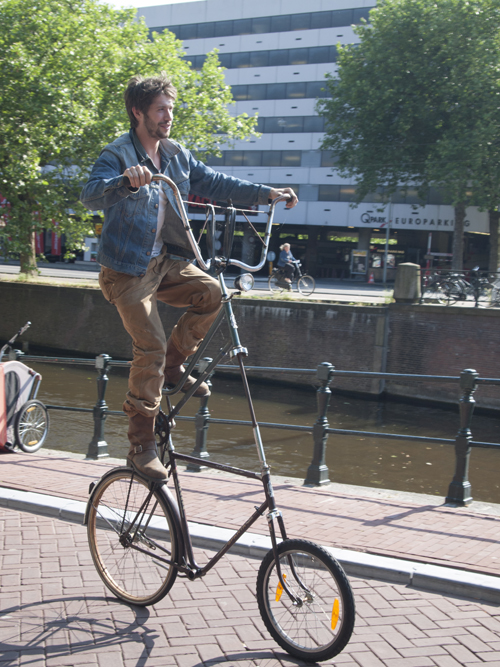 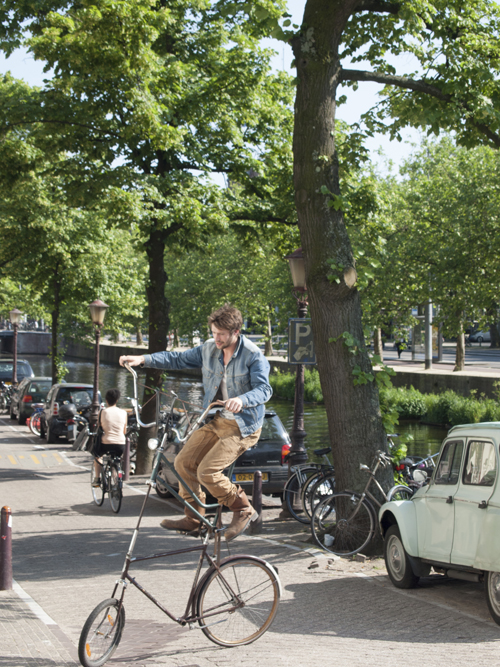 Niels isn’t just a skilled handyman, he is also an actor and appears on Dutch television and in several movies. He acted in the movies Lena and Shocking Blue, but he is probably best known for his role in Penoza, a fantastic television show about a Dutch mafia family. So Niels is definitely a talented and remarkable individual. If you keep an eye out, you might see him cruising around town with his head in the clouds. 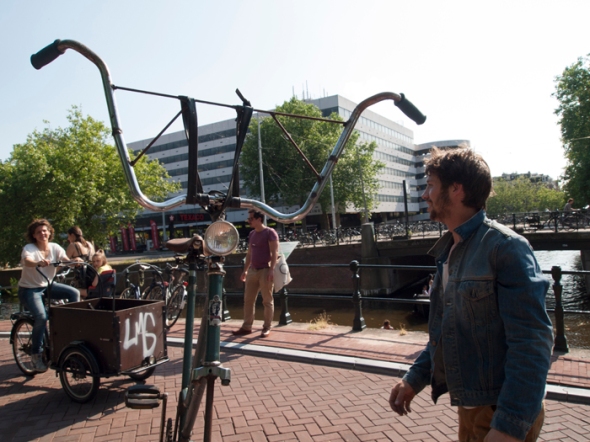 This entry was posted on August 22, 2013 by amsterdamcyclechic. It was filed under Bicycle accessories, Bikes and bridges, Cycle Chic Spotlight, Cyclist of the month, Fashion on bikes, Man on bike, Party bikes, Urban style and was tagged with Amsterdam city centre, Amsterdam cycle chic, Dutch bike.