“Why do we have so many different pairs of shoes and just one pair of glasses?” asks Camiel, our cyclist of the month. Camiel founded Ace&Tate to democratise eyewear. The Amsterdam startup has been named one of the “TOP 100 HOT STARTUPS” by Wired Magazine. So we decided to interview Camiel about his company, cycling to work and his bike. 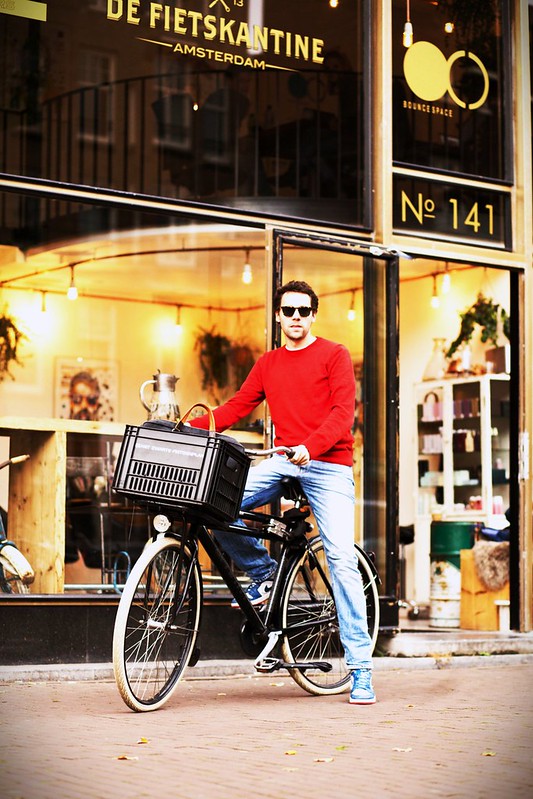 Cycling to work
Ace&Tate is located on the Overtoom – city centre Amsterdam. The team of around 20 people all cycle to work. “We stay in the city centre, because we want to cycle to work. My colleagues all live in or close to Amsterdam’s city centre. My commutes leads me through the Vondelpark, my favourite cycling spot. I love cutting through runners, skaters and other cyclists. The chaos is what makes Amsterdam the lively city it is.” Ace&Tate’s office is located right above Amsterdam’s first bike café.

Camiel has lived and worked in London and Dublin, in those cities he never cycled: “In Dublin I could have cycled but I lived so close to work and the city centre that I walked everywhere. In London I didn’t feel safe at all on a bike. There is a lot of work to be done in London to make it as bike friendly as here in The Netherlands.” 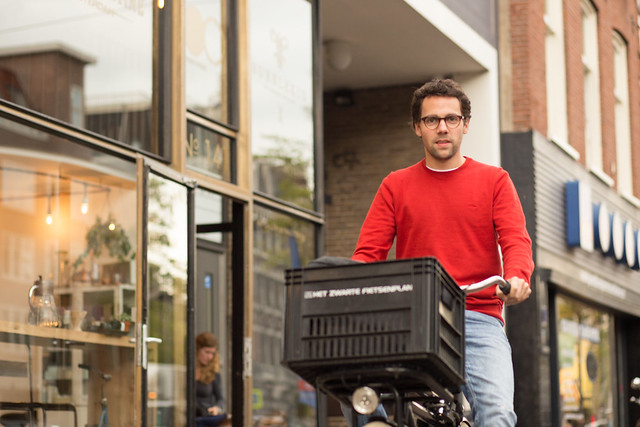 Camiel’s bike
Camiel cycles a traditional opafiets (Dutch bike) and recently upgraded his bike with a crate on his front carrier. “I use it a lot to bring around our glasses to events or concept stores.” Besides glasses and groceries, a lady’s handbag is often to be found in Camiel’s crate: “When me and my girlfriend go out, we always take one bike. She sits on the back carrier and throws her bag in my crate.”

Ace&Tate
Ace&Tate eyewear is made by hand in Italy. They sell for: 98 euros (or 89 pounds) per frame, including prescription glasses. Camiel: “Our trick is to cut out the middlemen. That makes our glasses affordable. So you can have different frames for different outfits and occasions. Our dream is that in a few years every European thinks of Ace&Tate when thinking of eyewear.” 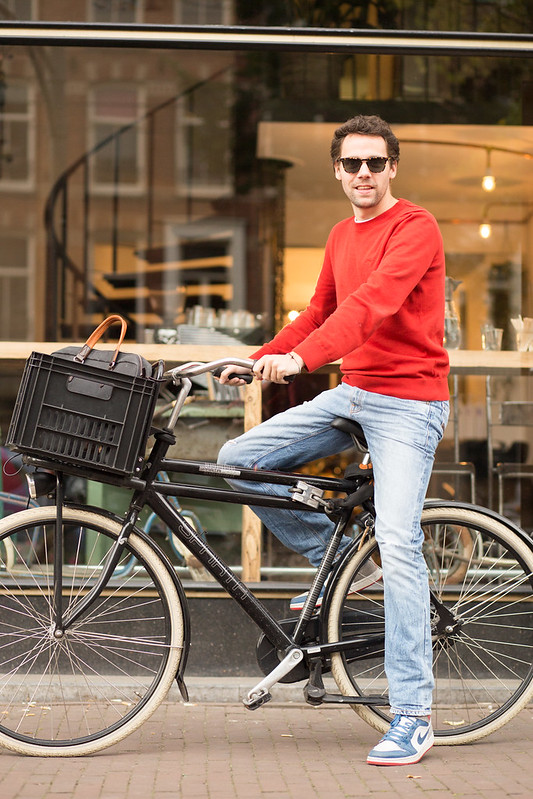