Two weeks ago I went with my family to London to visit my sister. She is doing a masters in Fine Arts at Goldsmiths University. Even though she has been living there for just a couple of months now, it seemed the city was all hers. Many people find London a dangerous place for cyclists*, but you can see the city is making an effort to make it more bike friendly. With a bike sharing scheme, cycle super highways and more bike lanes. 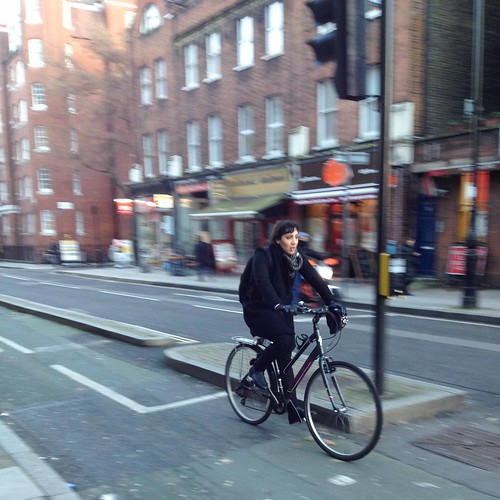 You see more and more Londoners moving around on their own bikes.. 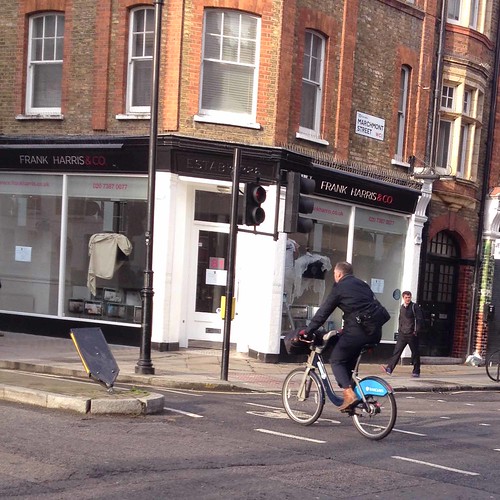 .. or on Barclays bikes. Barclays sponsors the London biking scheme (until 2015, so that name will change soon). These bikes are also called ‘Boris Bikes’, after Boris Johnson, Mayor of London who is a big supporter of promoting cycling in London. Did you know that Boris’ wedding gift for the Royal couple Kate and William was a bike and his birthday present for little Prince George was a personalised toddlers ‘Barclays bike’?

However, the credits for the start of the bike sharing scheme go to Ken Livingstone, previous Mayor of London. He announced in 2007 that he was planning to implement a cycle hire scheme modelled on the successful Vélib’ network in Paris. Today there are 10.000 Barclays bikes waiting for you! 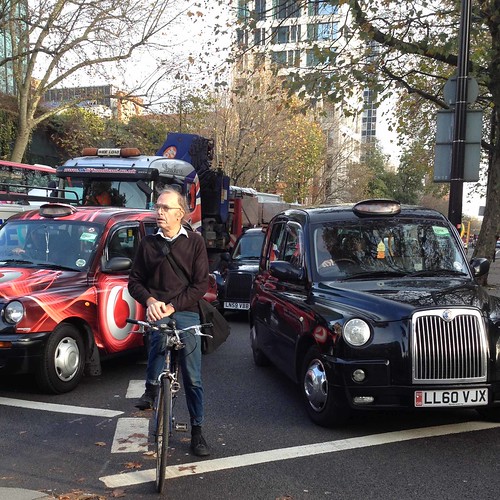 Mayor Johnson said that he “hoped the bikes would become as common as black cabs and red buses in the capital” Let’s hope it will happen and in the meantime: Enjoy sharing the road! 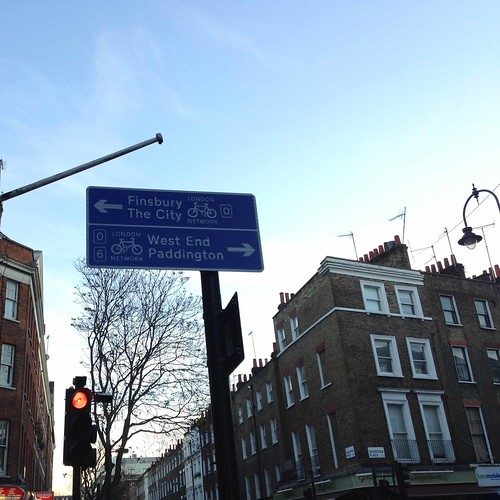 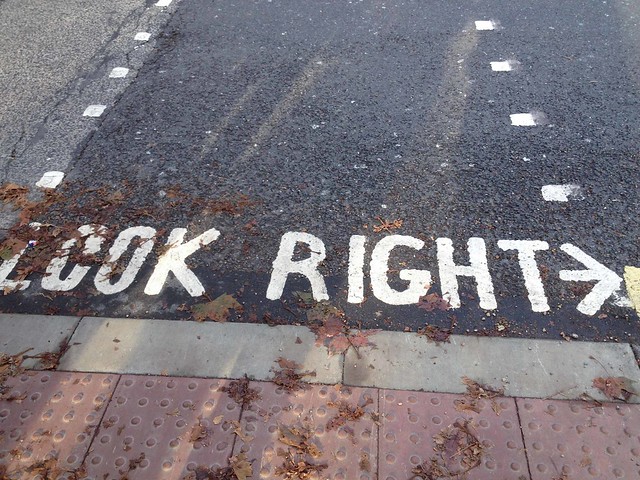 But please, to all non-UK tourists, don’t forget to look right when crossing the street.. 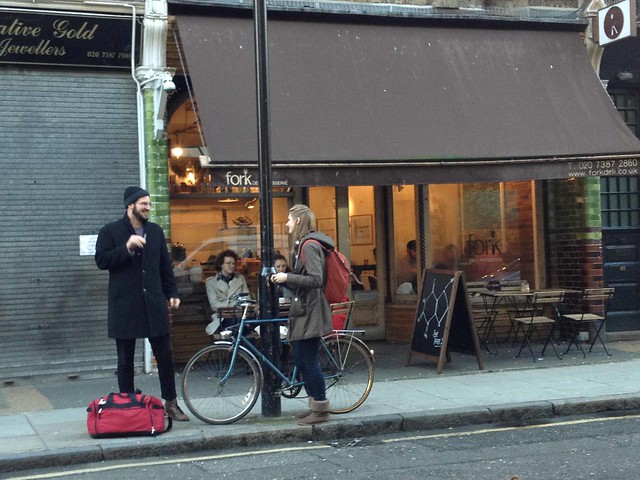 And yes, as everywhere, cycling is cool, and could be romantic too..it took her a while to unlock her bike. Just long enough for a last chat with her friend! Boy..friend?!

This entry was posted on December 10, 2014 by amsterdamcyclechic. It was filed under Girls on bikes, Winter cycling and was tagged with Barclays bikes, bike sharing, bike sharing scheme, Cycle Chic, London Cycle Chic.