Cyclist of the month : Paulien, owner of O My Bag 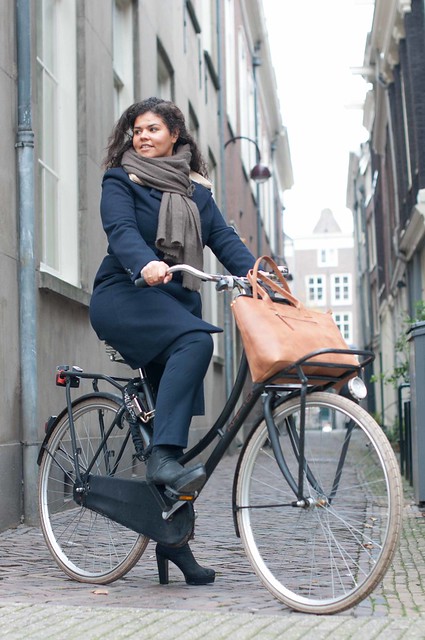 Paulien is a very friendly business woman with a huge smile all over her face. When I asked her not to smile for some pictures on the shoot, it was so unnatural for her that we would both burst out laughing after a few seconds. So the smile you see is real! 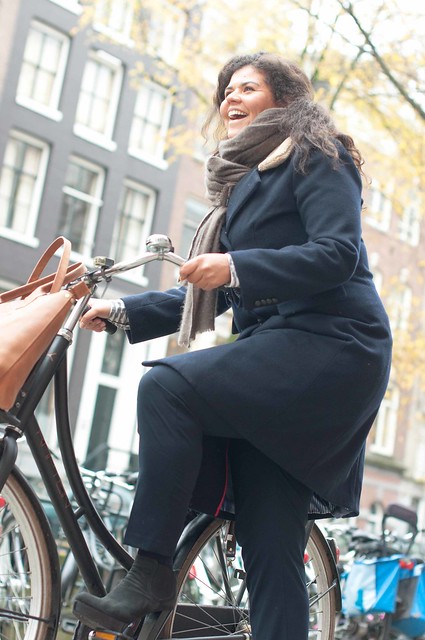 Crazy for bags, Paulien always wanted to create her own brand. So after obtaining a bachelordegree in history, a mastersdegree in international relations and an internship at the Dutch foreign affairs office, she decided to go for her dream in 2010. She worked hard on her concept and on her first creations, and sold her very first O My bag in 2011. 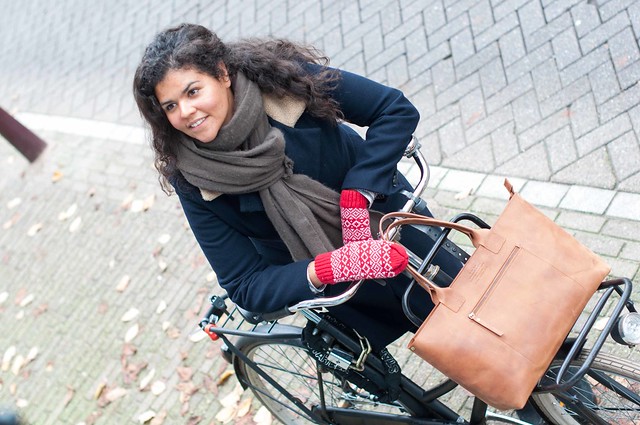 Willing to bring something good to society, she decided to create her bags fairly made. She believes that the consumer is responsible for the world he wants to live in and for what he believes is right, so for the choice he makes while buying. Her motto is « you vote with your wallet ». 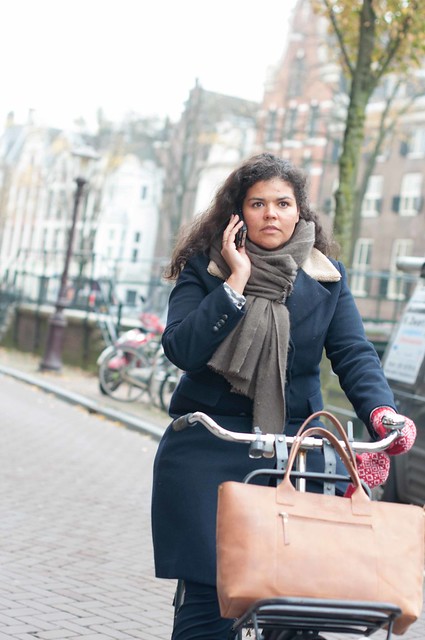 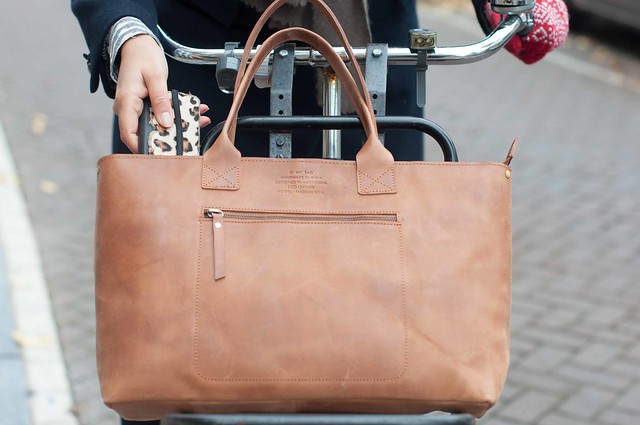 Paulien also wants to raise awareness for the production process. Therefore O My bag also shares lots of pictures of the people working in the O My bag factories. She has choosen her factories after travelling to India to look for the best factory for her concept. O My bag is now working with 4 factories in Calcutta. In Amsterdam O My bag has 4 employees and 4 interns. 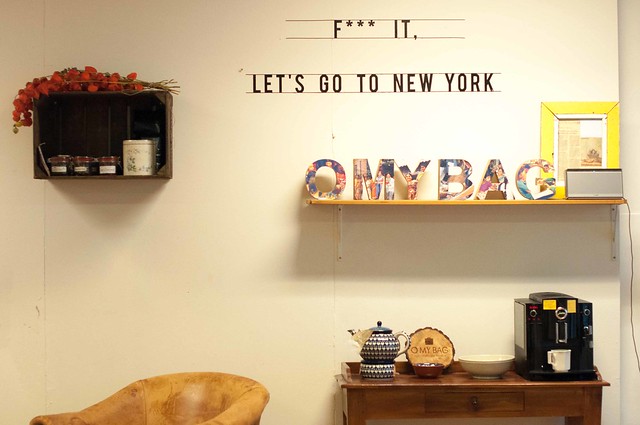 Their office is located in a fantastic place, an ‘antikraak’ location which means a place « anti-squatting ». As you might know, it is legal to squat a building or house in Amsterdam that has been unoccupied for over a certain period of time, so owners prefer to rent the place for a bargain to avoid the risk of squatters ! 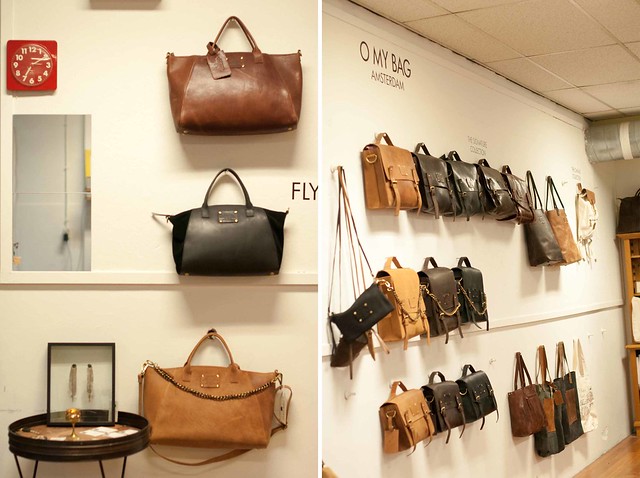 If you are in Amsterdam, you can get her bags in several stores but you can get them in many other European countries too and even in USA, Russia and South Korea ! For all others ; O My bag ships all around the world if you order online. 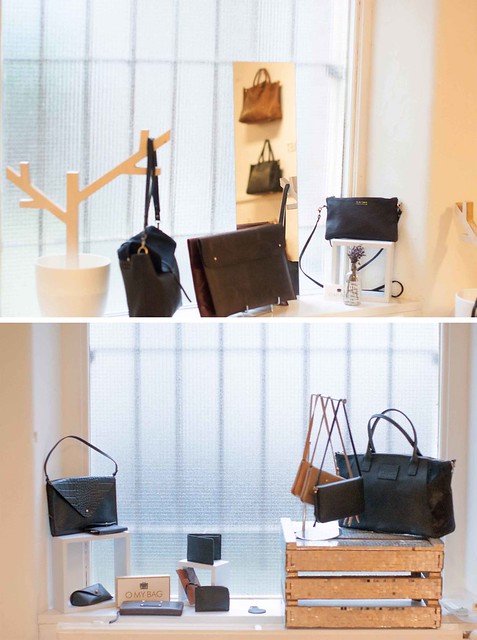 Paulien bikes on a standard Dutch bike, she has got it since 3 years. But she is going to get a business bike soon. A bike from the brand Lekker. Both brands share the same space and spirit in the pop up store Gekaapt, together with 6 other brands. 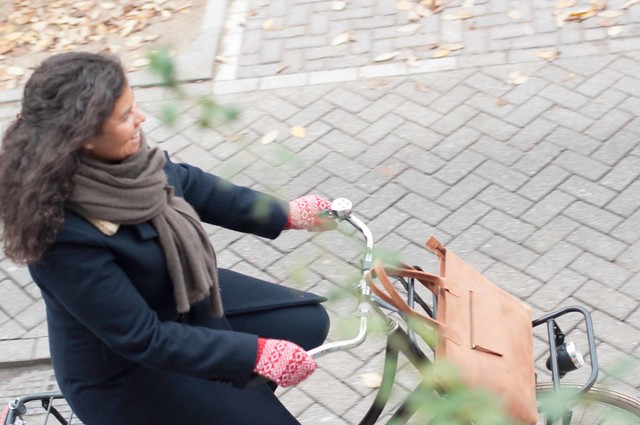 Paulien has a collection of lights on her bike. You may think she wants to be seen in these dark days of winter. But that is not the case. None of them is working ! She laughs. (Paulien always laughs !) It became some kind of decoration of the bike. She says all those lamps can’t survive the rain. And she is right, most of these little lamps can’t take all the rain falling in Amsterdam ! 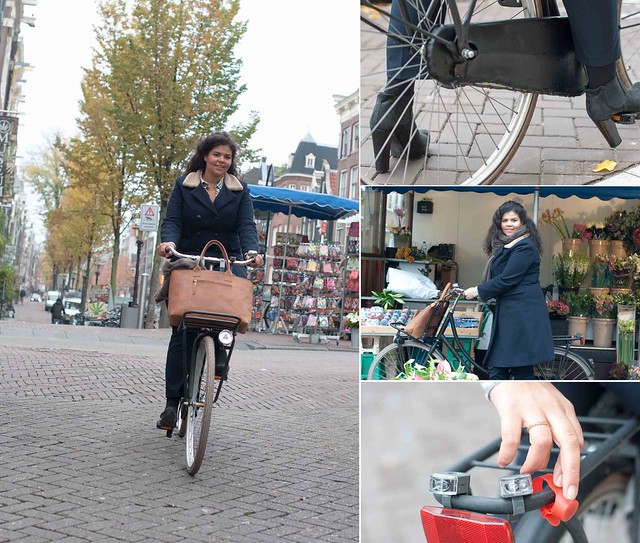 It only takes Paulien 20 minutes to ride her bike from her home to the office. She has differents ways to do this ride. If she is not in a hurry, she prefers the ride through the Vondelpark. Otherwise she goes through the city, on the Willems Parkweg or the van Breestraat. Very curious, she loves to look inside the Dutch homes, especially at this time of year because it’s dark early and Dutch families hardly close the curtains so you can have a look at all these beautifully enlighted homes. 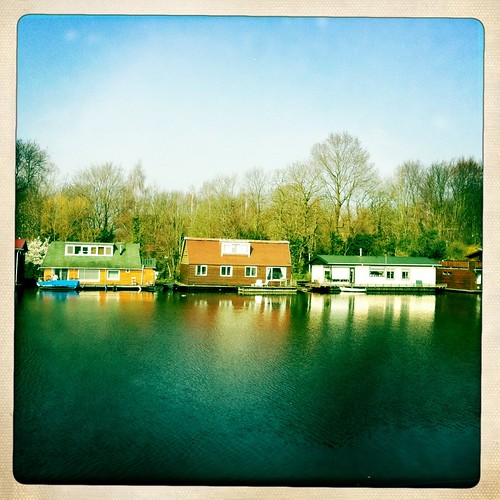 Paulien’s home is very special too, it’s a ‘woonboot’ which litterally means ‘livingboat’. She shares her home with 2 other girlfriends. After University they moved together to Amsterdam and have been happy flatmates ever since. As you can see it’s a very cute, special home with a hood and thatch roof. It looks a bit like a chalet on water. It’s on a promenade path, so in summer they often hear passers-by that wonder « who would be living here ? » Well now you know it’s Paulien, the O My bag woman.. 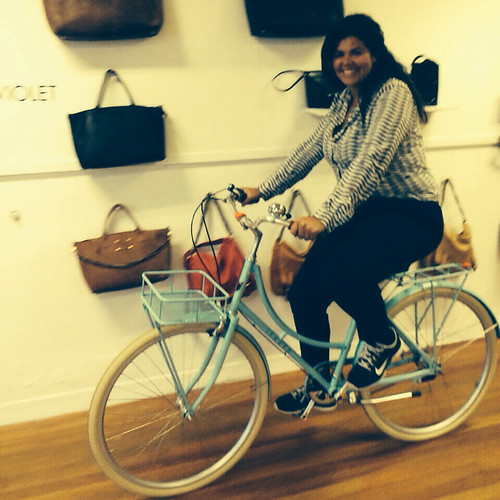 This entry was posted on December 18, 2014 by amsterdamcyclechic. It was filed under Dutch bikes, Fashion on bikes, Girls on bikes, Uncategorized, Winter cycling and was tagged with Amsterdam fashion, bags, cyclist of the month, Fashion, fashion on bike, O my bag.