With grey skies looming over Amsterdam, my mind easily drifts back to sun soaked Barcelona where I recently spent a weekend sipping sangria at the beach, eating tapas and of course, exploring the unique culture and architecture on offer. While not traditionally associated with urban cycling, the popularity and infrastructure for bicycles was evident everywhere in this Spanish city.

In the last decade, Barcelona has seen a significant jump in riders with the city’s recent investment in new infrastructure such as bike lanes and traffic lights. Accustomed to Amsterdam’s bicycle-friendly layout, I was happy to notice all the chic people on bikes – and riding on some nice bike paths.

From fixies to mountain bikes and even Dutch cargo bikes, cyclists filled the busy boulevards, city squares, parks and quiet streets. Here’s a peak at the eclectic mix of cycle chic-sters in Barcelona… 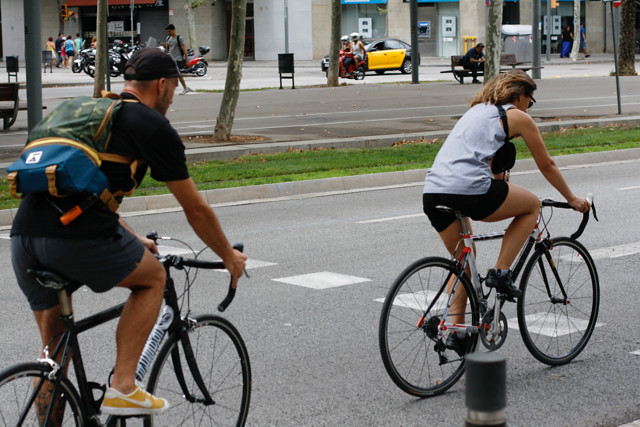 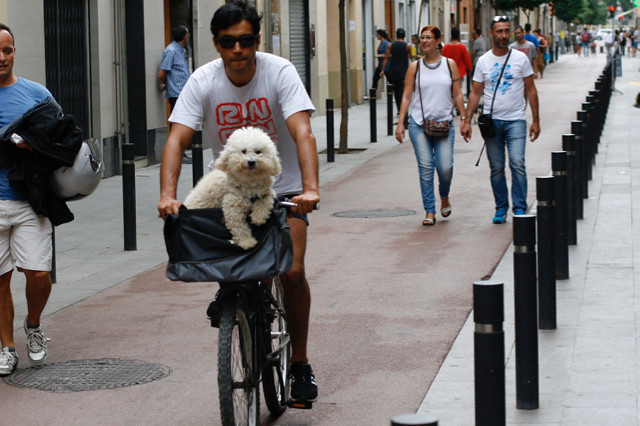 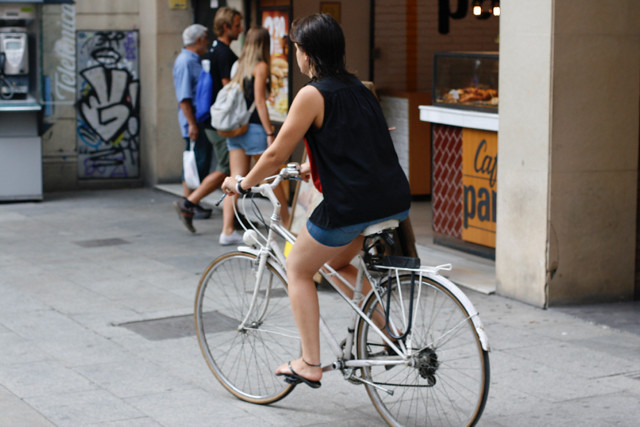 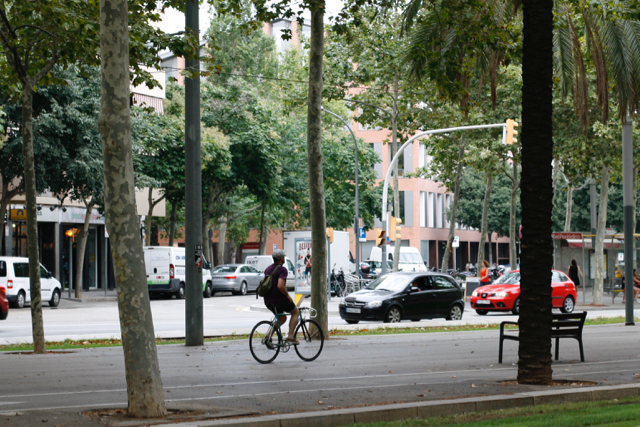 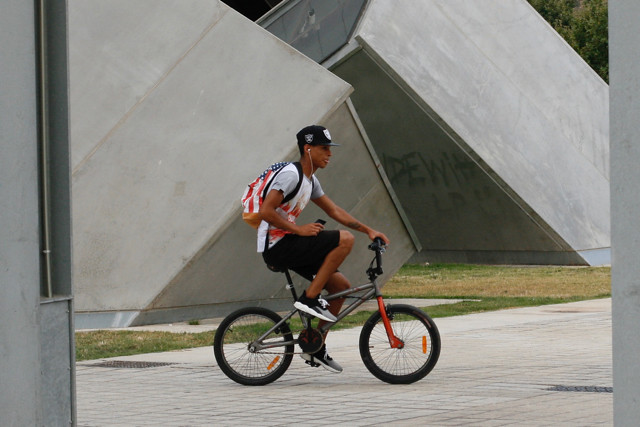 As a daily cyclist myself, I was keen to try out Barcelona’s bike share program Bicing. While deemed as shared public transport and highly popular, it’s only available for locals with an annual subscription. So, instead of taking a spin on two wheels, I instead had the pleasure of snapping photos of cyclists as they whizzed by. I spotted plenty cyclists of all ages commuting along the city center’s tens of kilometers of cycling paths. 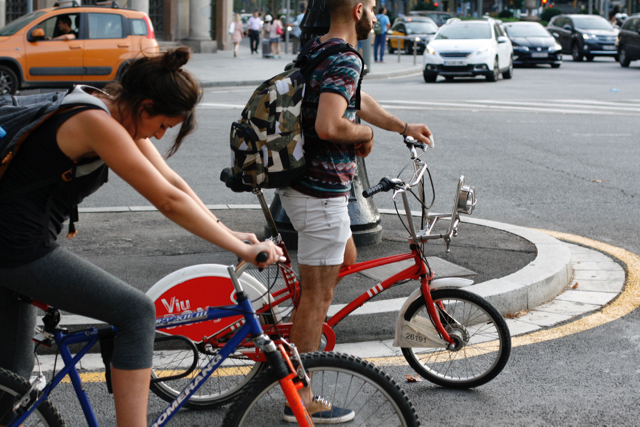 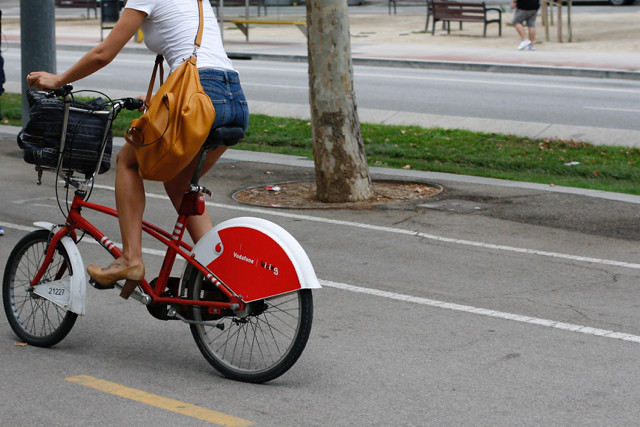 Looking for more? Check out the Barcelona Cycle Chic blog!

This entry was posted on August 14, 2016 by lilymargaret. It was filed under Dutch bikes, Girls on bikes, Man on bike, Neighborhood cycling, Racing bikes and fixies, Summer cycling, Transport by bike, Urban style and was tagged with Barcelona cycle chic, travel.