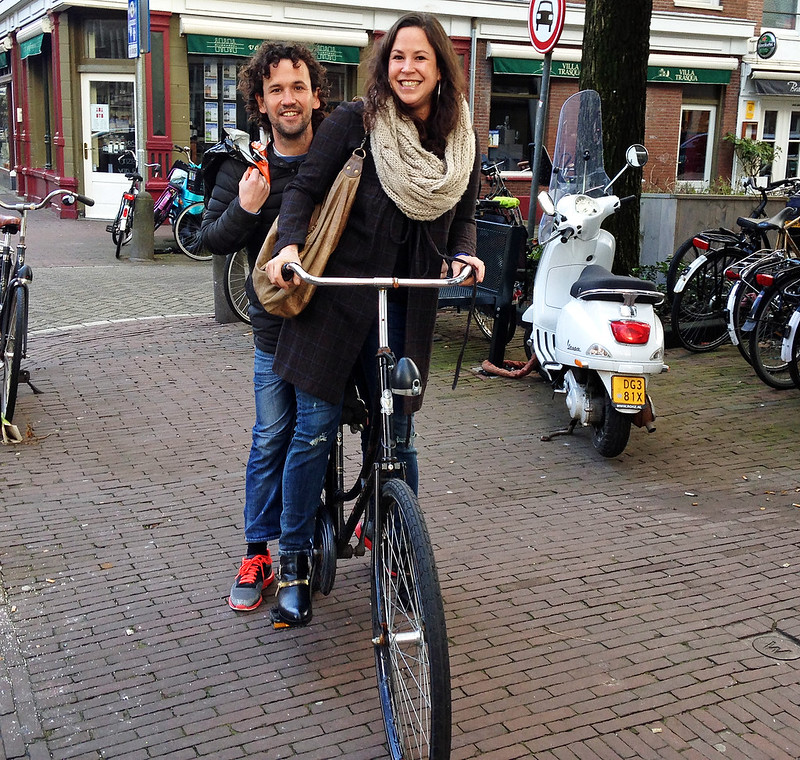 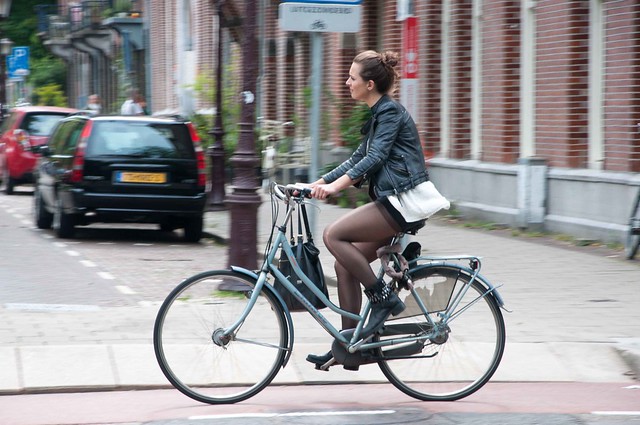 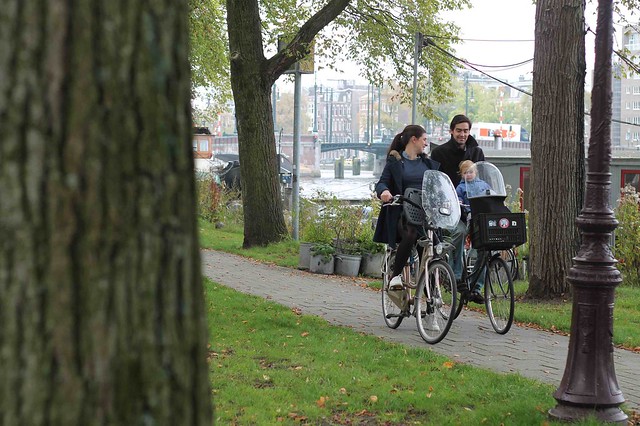 Bumped into this little bundle of fashion zooming along in the Jordaan on a sunny Sunday afternoon..complete with Superwoman tights and freshly painted face!
Roll on the Amsterdam long weekend and sunshine! 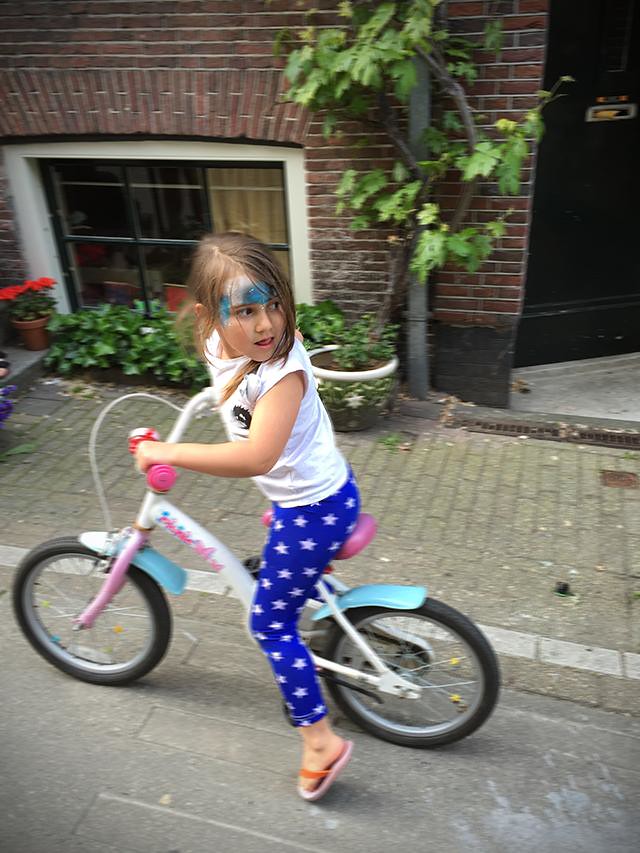 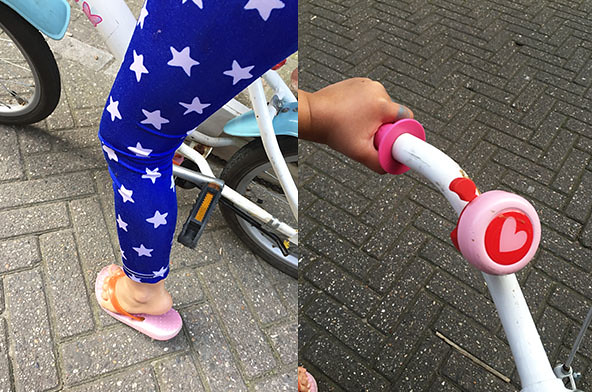 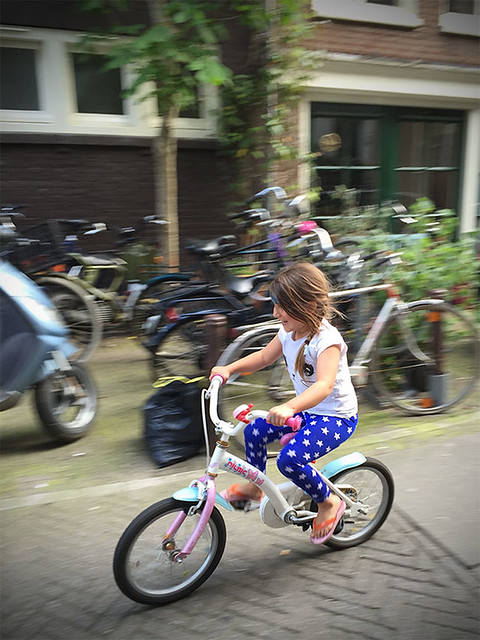 It brought a smile to my face when I sidled up to this pretty colourful pair at the cash machine. Perfectly matched Mother and Daughter duo are ready to go shopping together!
..Punky Brewster eat your heart out! 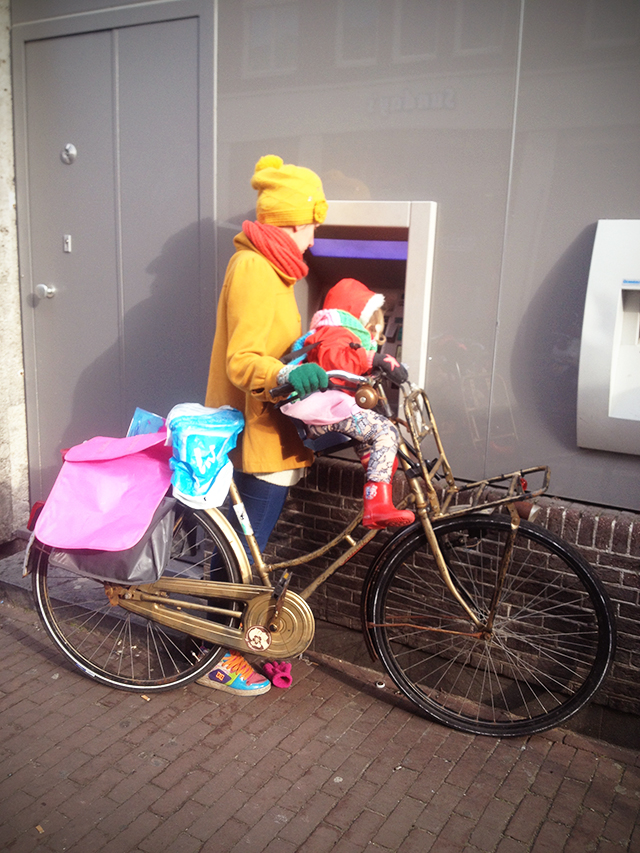 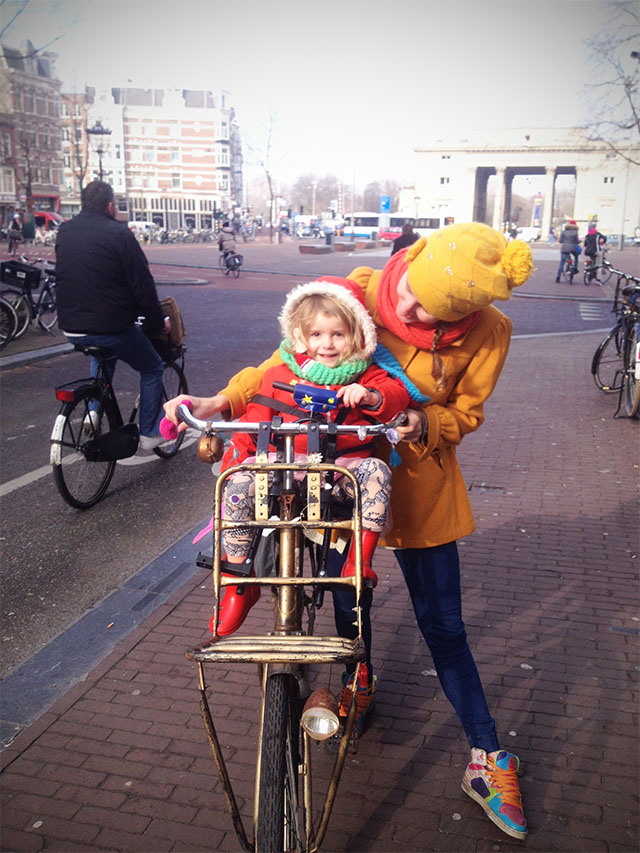 Sing along in style

This dad and son duo–with their matching bomber jackers–were singing one of the Dutch Sinterklaas songs while they ride down the street. Such a sweet moment to watch the two. 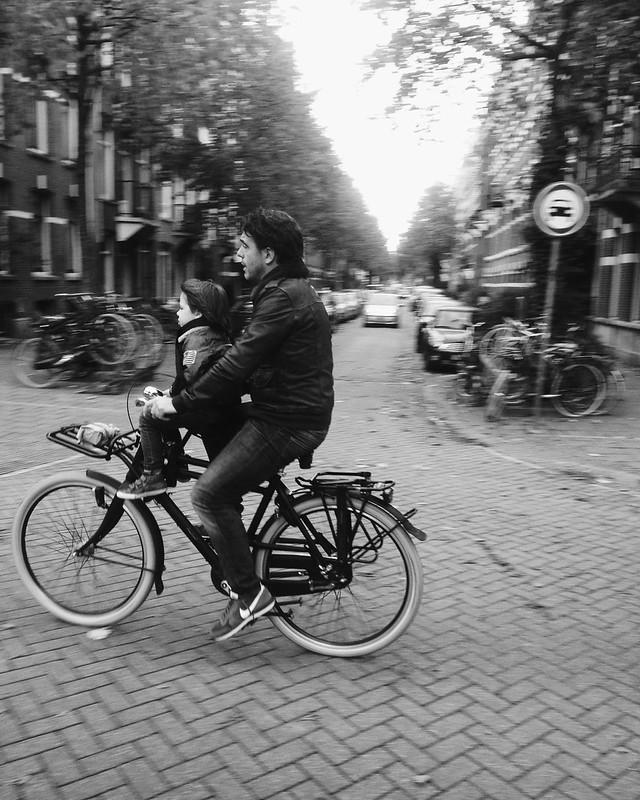 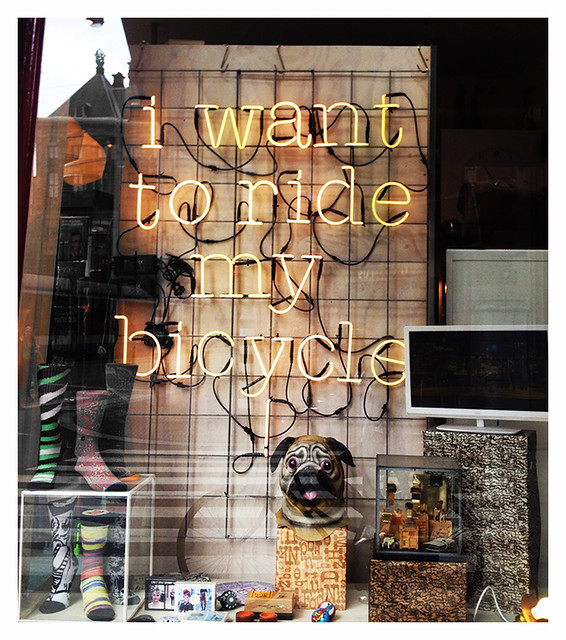 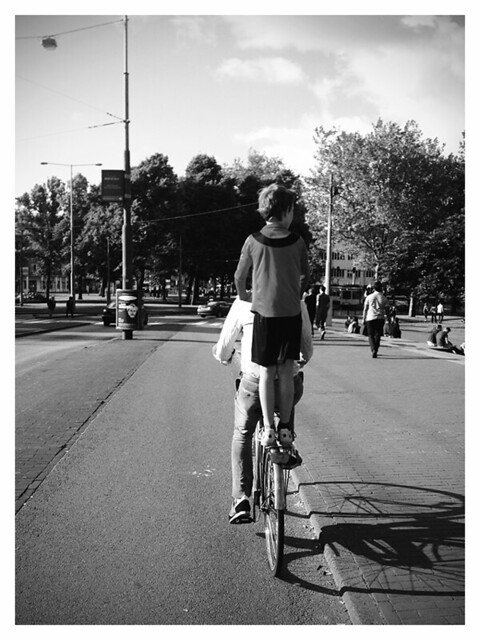 How to get ready for a ride with your kid? 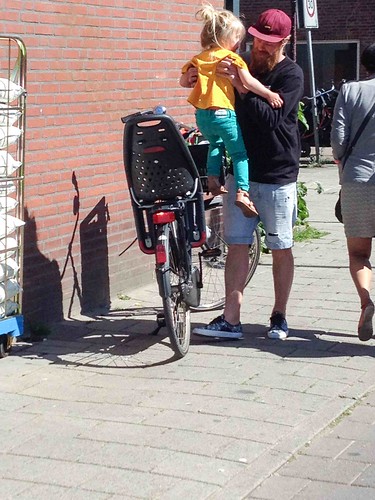 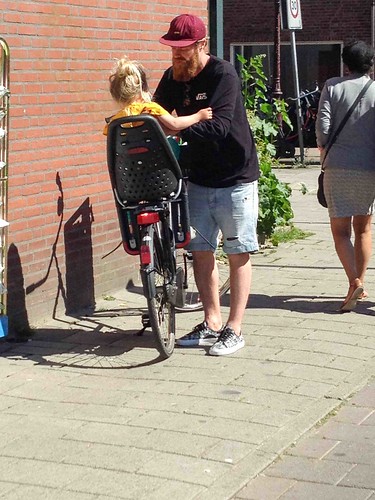 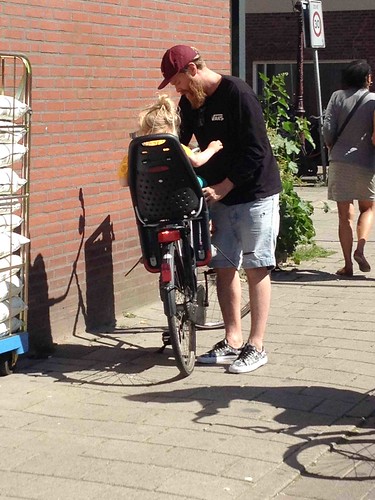 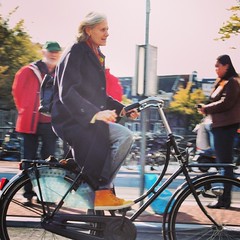 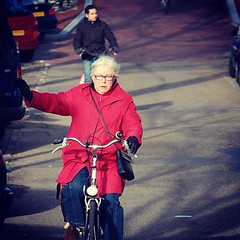 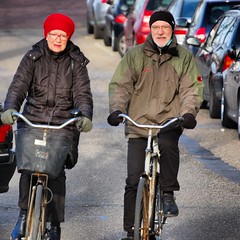 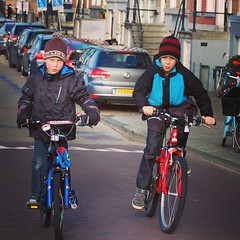 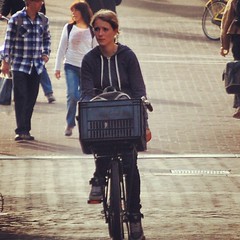 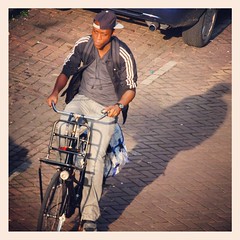 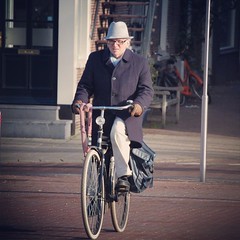 First I got the mother cycling by with her 2 kids (she is holding one against her chest). And few bikes later, appeared the daddy, carrying all the necessary for a day at the park…What a cool bohemian style!