At AMS CC we like to celebrate all aspects of on the bike life in Amsterdam- from the old Dutch bike that clanks as it rides, to carting 3 kids, all the groceries and a puppy while making it home for dinner, to urban speed cyclist, and everyone in between. This past Sunday we met up with the women of the Rapha Club House Amsterdam who where headed out on their Women’s 100km ride through Amsterdam.

What started in 2013 as a small group of female riders in the UK, has grown exponentially ever year and expanded over 6 continents (Antartica has yet to report in). The best part of Rapha Women’s 100 is it’s not a competition; it’s about connecting a community of women cyclist around the world through a shared adventure and love of the road under two wheels.

According to Rapha’s website over 7,000 women across the globe joined in and rode together on Sunday the 23rd. More than 100 of those women were riding in Amsterdam! 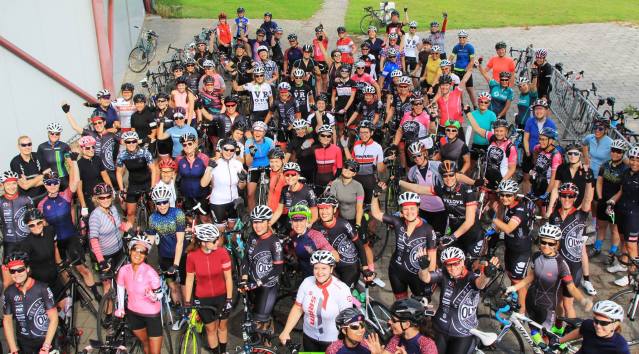 Unfortunately, my little Dutch bike wouldn’t have made it through 100km (yes, Im blaming the bike) so we only have photos of the beginning. Maaike Steenwijk followed the cyclist along the ride and was kind enough to loan us a couple of her photos. Thanks for letting us join the fun!

(You can view their full route here)

If you’d like to get involved next year or are looking for local cycling events, drop by the AmsterdamRapha Club House  on Wolvenstraat 10 and be sure to check out A.S.C. Olympia – the oldest cycling association in the Netherlands. 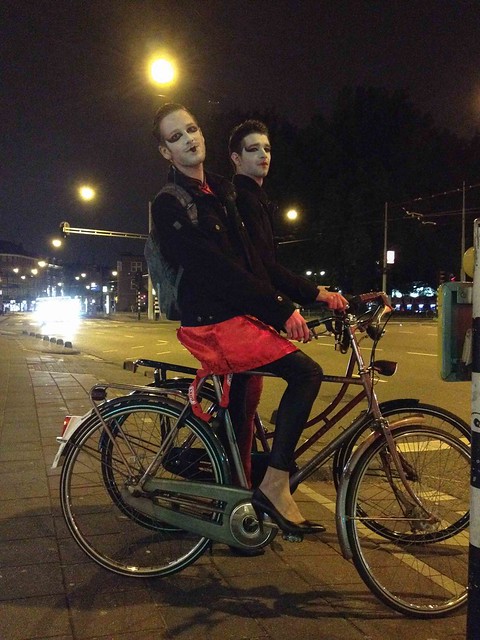 Last Saturday, I bumped into these guys in the middle of the night. They looked so fantastic and were so happy to take the pose for our blog.

Did they you inspired by the concert of Kiss, last week in the ziggo dome, or did you just choose this look like I am choosing my boring little black dress? In any case, it was nice to meet you in the middle of crazy Amsterdam! 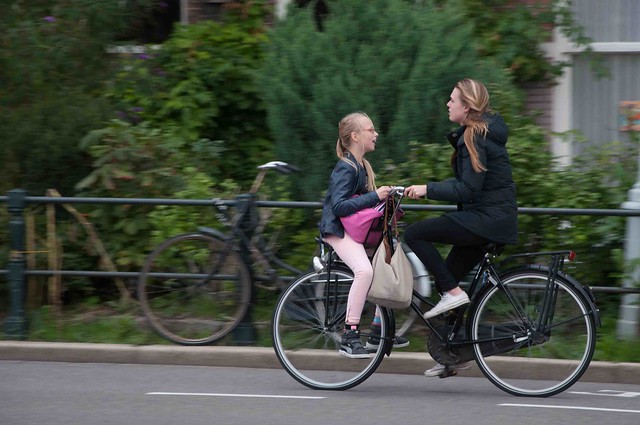 Some people are gifted in the art of conversation. And they excel in it. Nothing would hinder them, not even a trip through the city. When you get them started, you can’t get them stop it. They are great company, unless they are too tall, they could be an obstacle to your driving capacity! 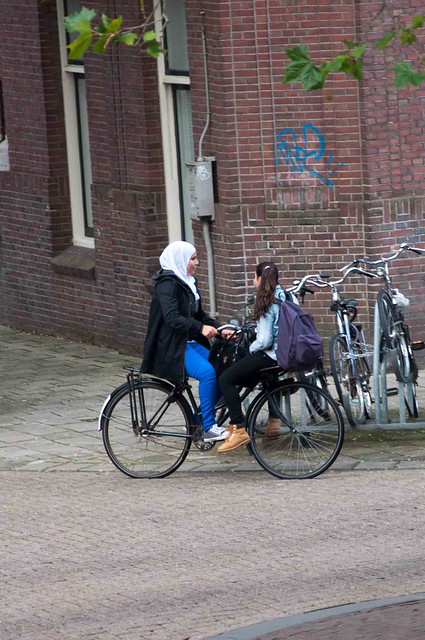 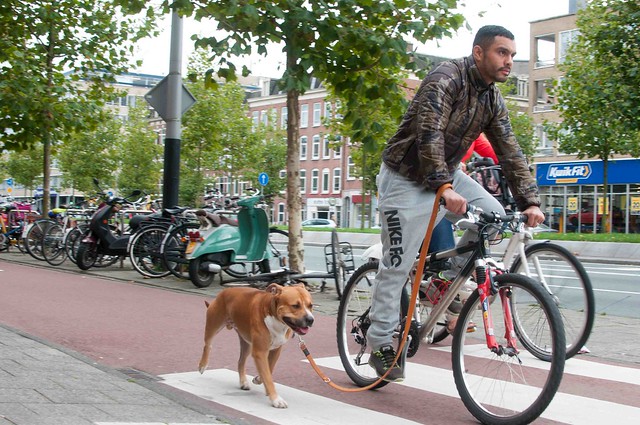 You know the cliché that dogs and their owner often look alike. Well this is the case I guess, and my question is who’s the boss then?! 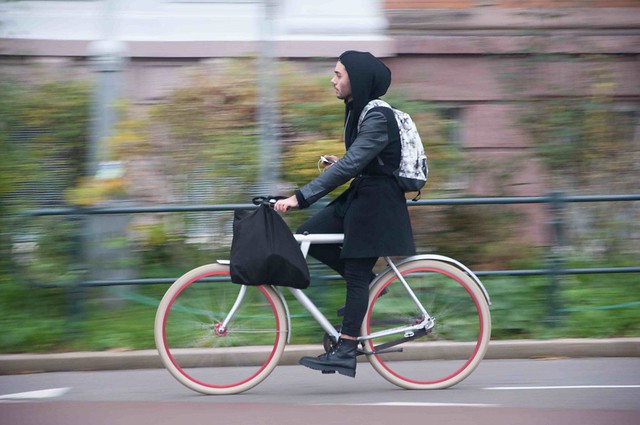 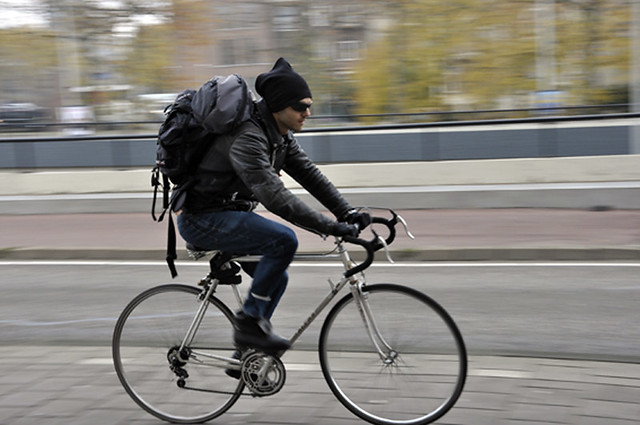 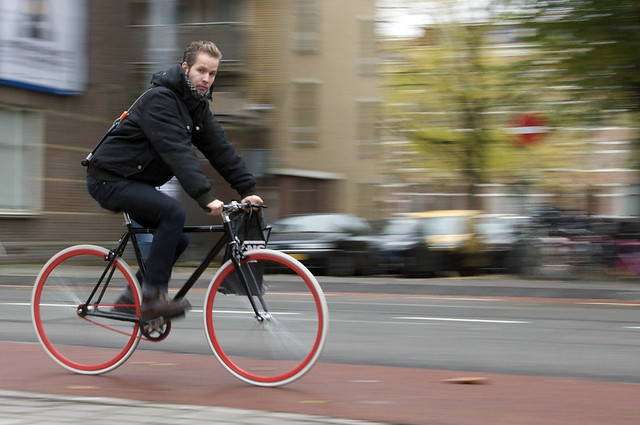 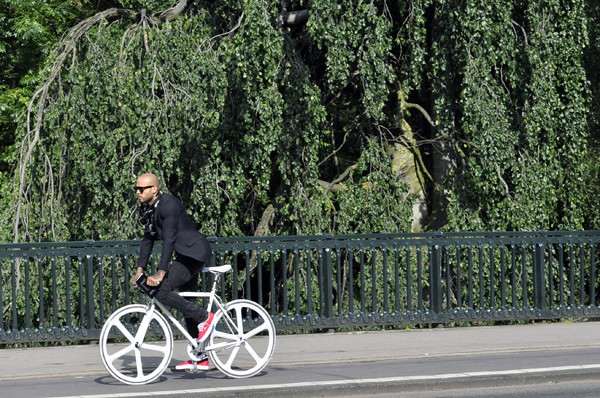 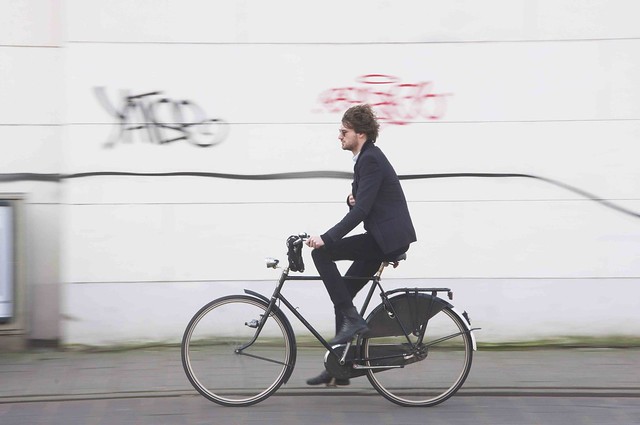 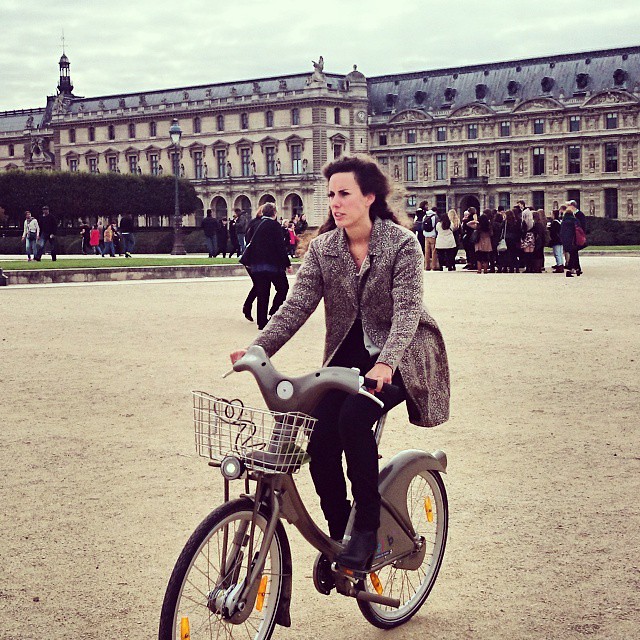 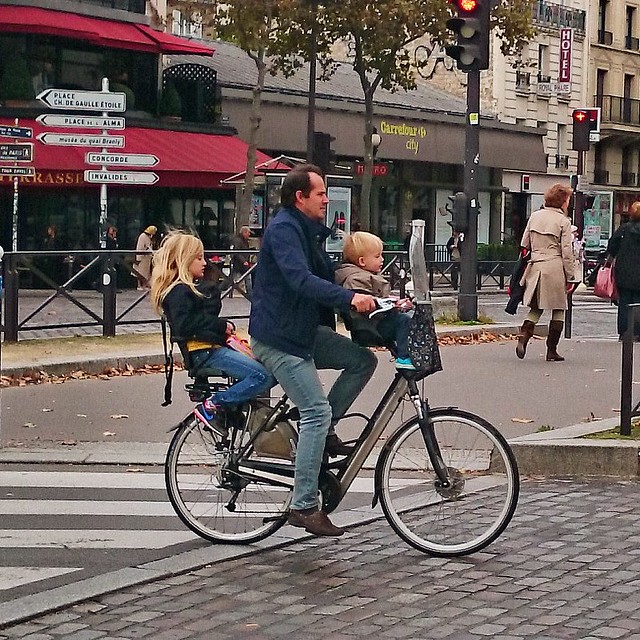 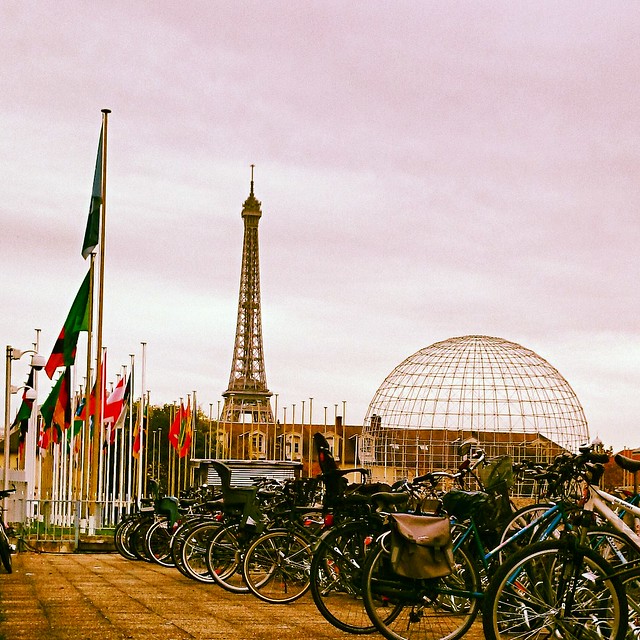 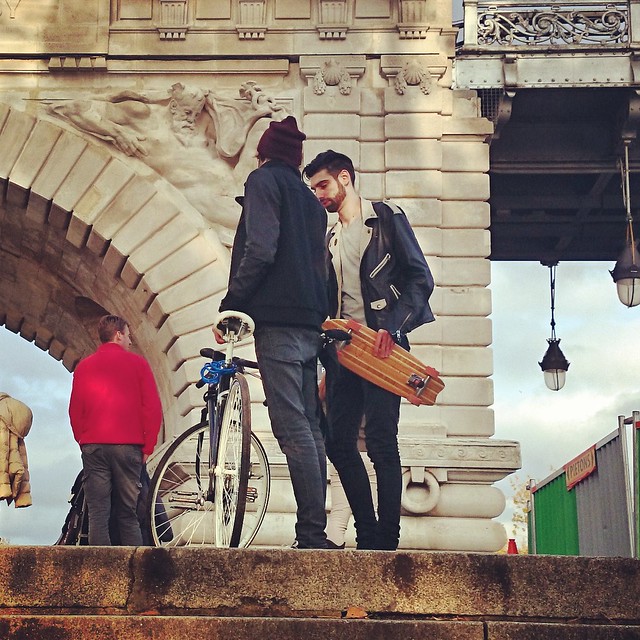 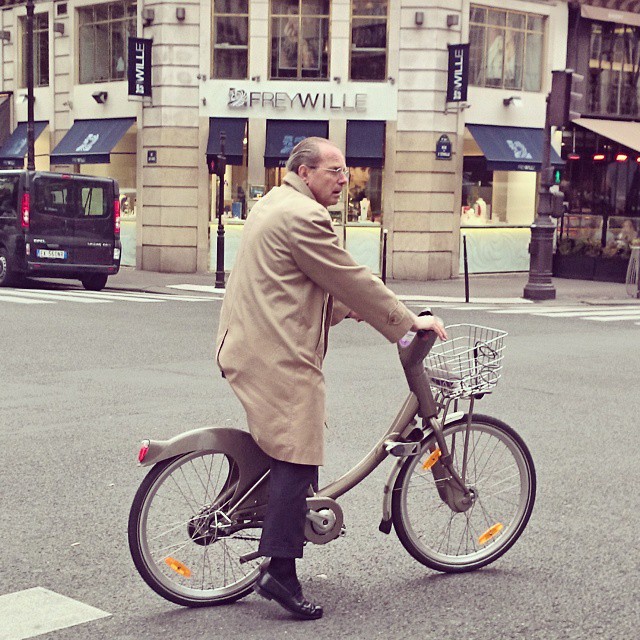 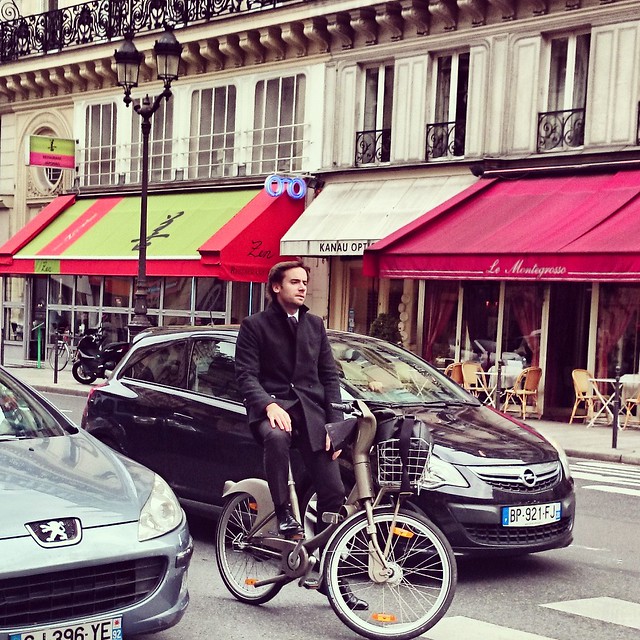 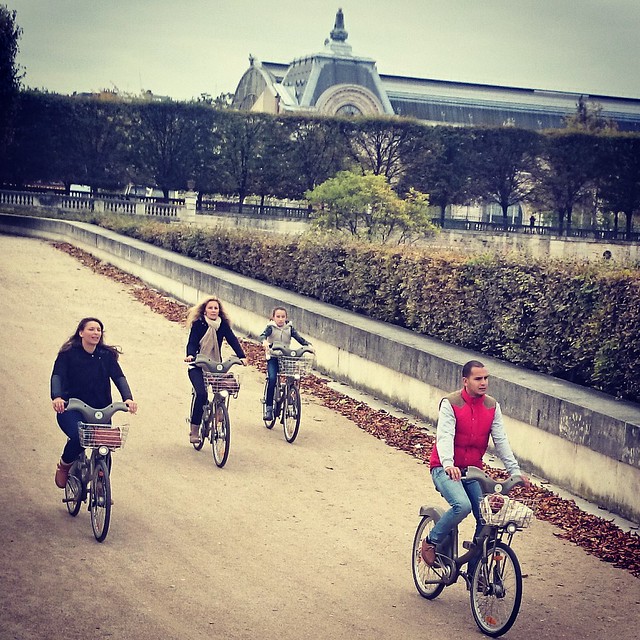 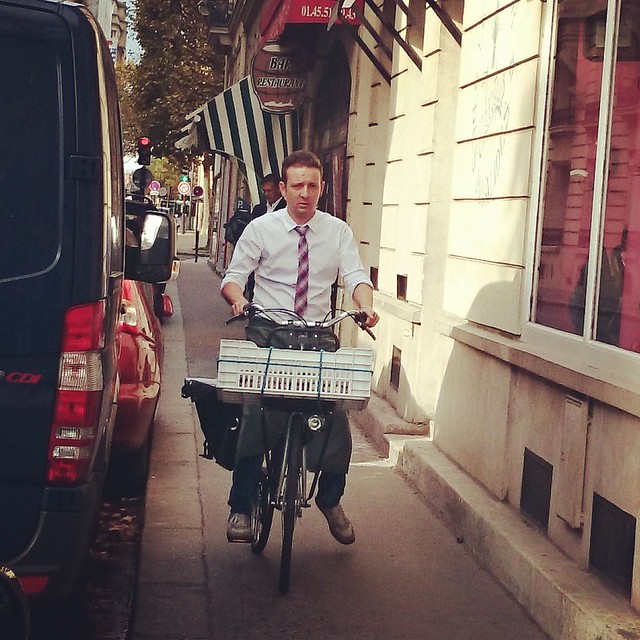 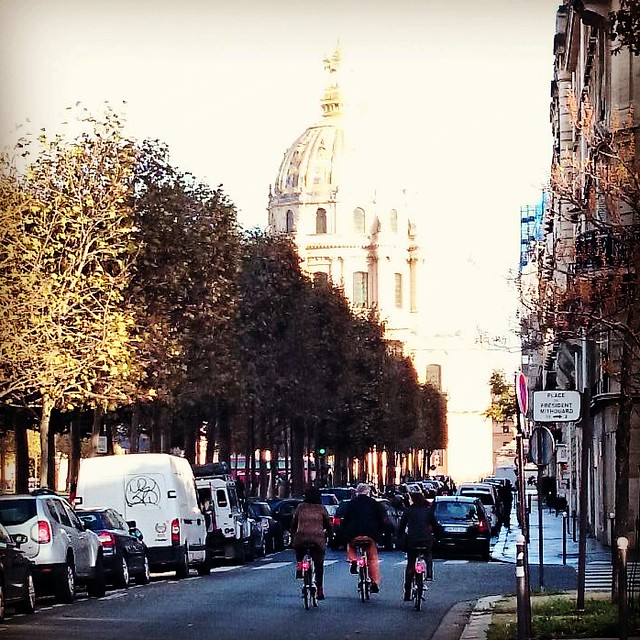 Looking straight into the lens 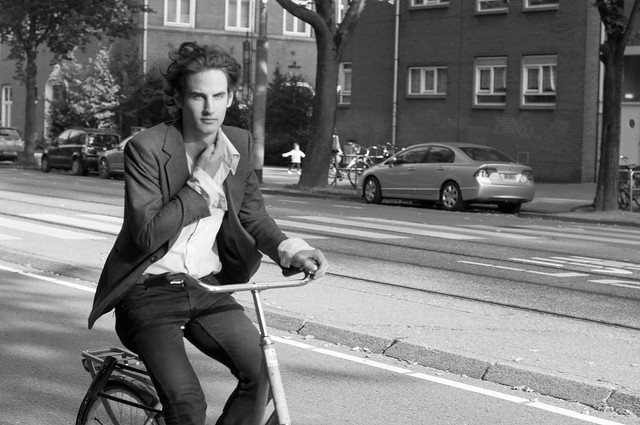 This is my catch for you this week dear followers..I knew he saw me but what a look!