Klara got in touch with us a few weeks ago and we knew immediately she would be a great fit with our team. She’s been an ACC follower for years – but from her home in London. Now, she is living and working in Amsterdam. We’re thrilled to have her on board! 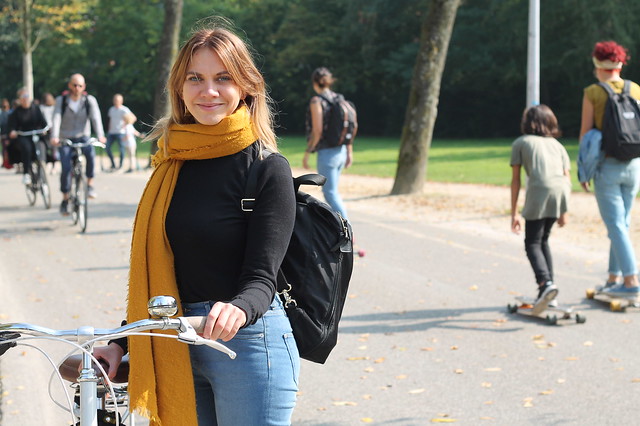 I originally moved here from London for a job, a great opportunity came up with an airline alliance and as I love travel in all forms, from two wheels to airplane wings I jumped at the chance. When I came to visit during my job interview a friend (who already lived here) picked me up to show me around the city. Immediately I was told to jump on the back of his bike. Despite my protests, it was made clear that we weren’t going anywhere unless I got on the bike. My love affair for Amsterdam and its cycling culture started right there.

So what’s the big difference between Amsterdam and London when it comes to cycling?

Cycling in London is growing and in the five years that I cycled in the city I saw a considerable change, with more people riding on the roads, investment in cycle lanes and some great initiatives starting to form. But as soon as I moved to Amsterdam I realized that it’s about more than just cycle lanes, it really is a way of life. Everyone is more relaxed, the pace is slower, and you don’t need to change into Lycra to charge across the city. I love that it starts from a very young age here, and that it’s the most inclusive form of transport, young old, rich and poor, all hop on their bike – making this city accessible to all. Who wouldn’t love that? 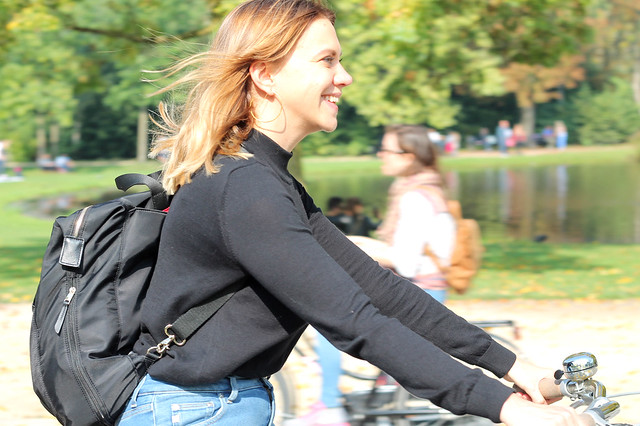 Was there any surprises when you started cycling in Amsterdam?

After being in London you think I would be used to the rain, but I’m not, especially when you add strong winds into the mix. My first few weeks in Amsterdam were gloriously sunny but then I learnt the hard way, although the stronger winds are great for the thighs. In Amsterdam it’s all about that perfectly timed cycle dash to the shops, that quick trip from café to home. And even when locals are caught in the rain here, they carry it off with such style and grace, whereas I still very much look like a drowned rat. 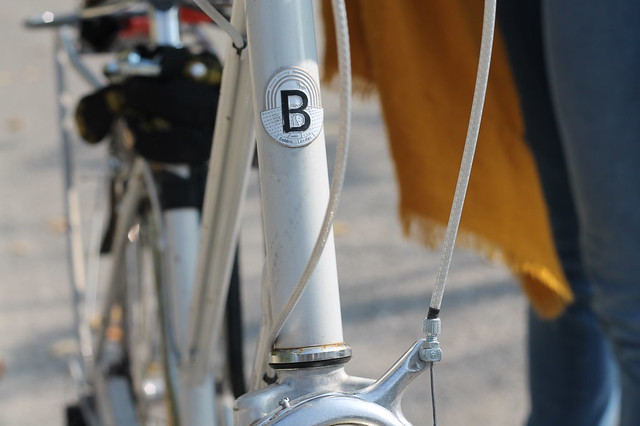 My bike, known to me as Betty, made the journey with me across the channel. Like me, she suffers a bit in the rain, a few rattles here and there but I think she’s holding up quite well. She’s been the best companion for exploring my new home and I hope she’ll be with me for a while. There’s nothing like discovering a new city from the cycle point of view. You have the time to soak in the sights around you and experience all that this city has to offer. The absolute best thing about cycling in Amsterdam is how close everything is, that and the wonderful people you see and experience. I’m so excited to join the team at ACC and start documenting the amazing culture and lifestyle I’m experiencing from the saddle. 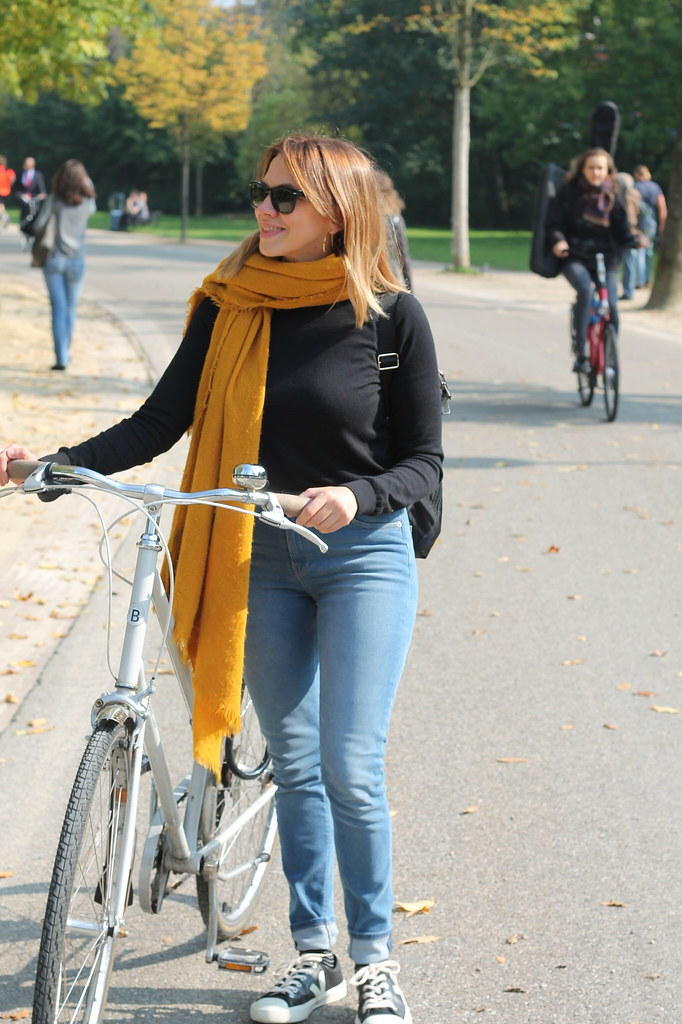 This entry was posted on September 28, 2017 by maglaser. It was filed under Cycle Chic Spotlight, Dutch bikes, Fashion on bikes, Girls on bikes, Team .