Margarita is a transportation planner and cycling advocate who has headed the blog Palm Beach Cycle Chic for a number of years all the way from West Palm Beach, Florida so naturally she was a great fit. Welcome to the team! I’ve been to Amsterdam a couple of times before and fell in absolute love with the city and its various cultures, including of course the cycling obsession. I saw a great learning opportunity so I finally made the big jump across the pond to get a Master’s degree in Urban and Regional Planning at the University of Amsterdam focusing on bicycle mobility. Loving every minute of it. 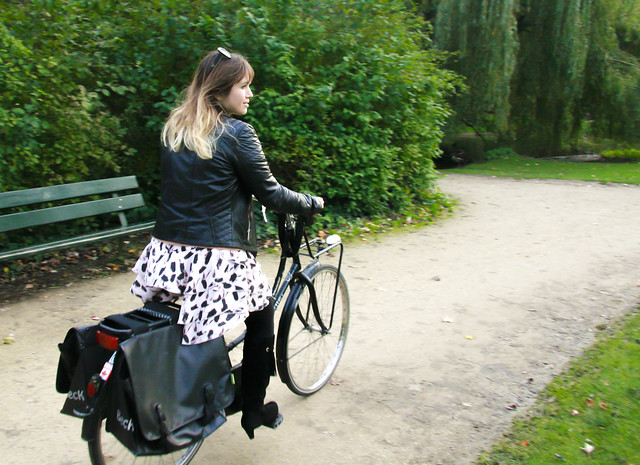 What’s the big difference between Amsterdam and South Florida when it comes to cycling?

For one thing, cycling is still mostly seen as either a fringe subculture activity or as purely sport. It’s pretty popular for roadies and recreation, but abysmal for developing cycling as a utilitarian transportation mode. Florida continuously ranks the absolute worst in the U.S. for pedestrian and cyclist casualties, owing to decades of intense growth, land-use development policies favoring suburban lifestyles, lack of leadership, and a natural dependency on automobiles for mobility that’s hard to break because of all the above. Though it’s as flat as the Netherlands, almost all cities in Florida (especially South Florida) are night-and-day compared to Amsterdam. There are a lot of advocacy groups now and interested politicians who are interested in encouraging cycling and are devoted to developing the infrastructure changes needed to make it safer. I worked for a small city where I got to see this firsthand and pushed it through, so I’m excited to see the progress! 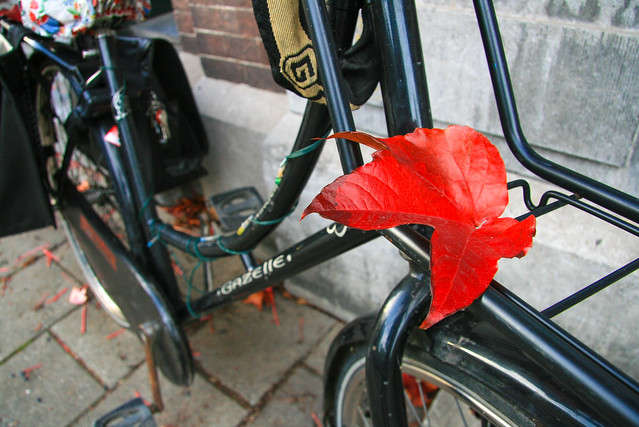 Were there any surprises when you started cycling in Amsterdam?

I am absolutely blown away by what people can carry on a bike here. Additionally, I am always amazed by the renegade-nature of the cyclists here, going every-which-way in direct defiance of traffic controls. Cycling is so efficient here as a transportation system that it naturally dominates. Reading about the history of Amsterdam cyclists, I definitely have an appreciation for it. The laws here also protect the most vulnerable users, which also owes to the cycling culture developing here the way it has. I hope that will start to develop in the States as well. 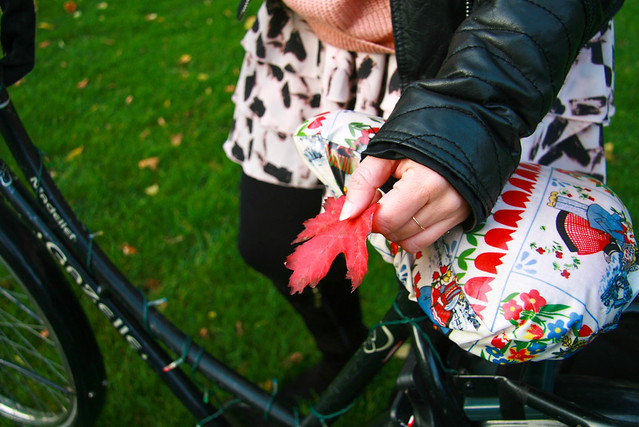 I bought this bike in Amsterdam last year, actually, and took it back to Florida with me. I’ve always loved Dutch bikes and since they are fairly rare back home, they always spur dialogue from curious people. I’m fairly short, so I wanted a smaller frame bike than the larger one I already had. So of course I brought it back to Amsterdam with me. It’s like it went on holiday to Florida for a year! I outfitted it with a front rack and some rear panniers I got for cheap so I can carry loads of stuff! I wrapped some cute battery-operated lights around the frame for pizazz and slapped some stickers on the rear fender so I can find it in the seas of parked bikes. I have 2 seat covers simultaneously on it because I don’t want a wet butt. It’s also got a wobbly front rim that nobody but me notices, but that’s part of its charm.

This entry was posted on October 17, 2017 by amsterdamcyclechic. It was filed under Bicycle accessories, Cycle Chic Spotlight, Cycling in dresses, Cycling with high heels, Dutch bikes, Fashion on bikes, Feets on Fiets, Girls on bikes .