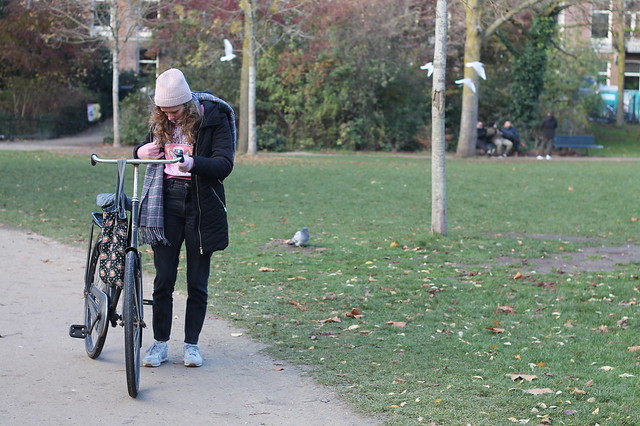 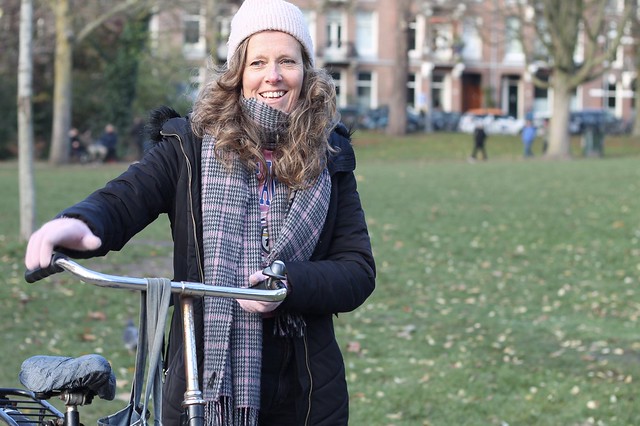 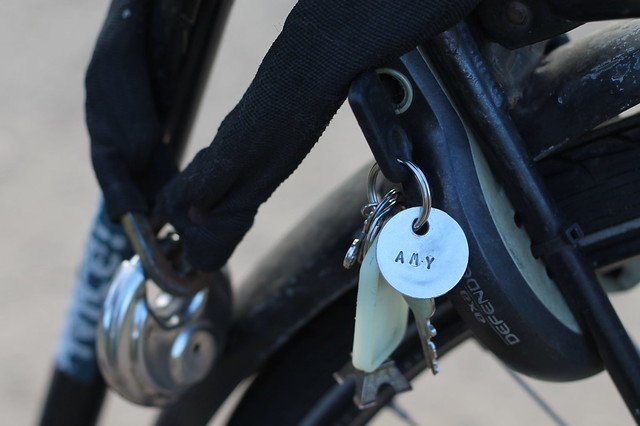 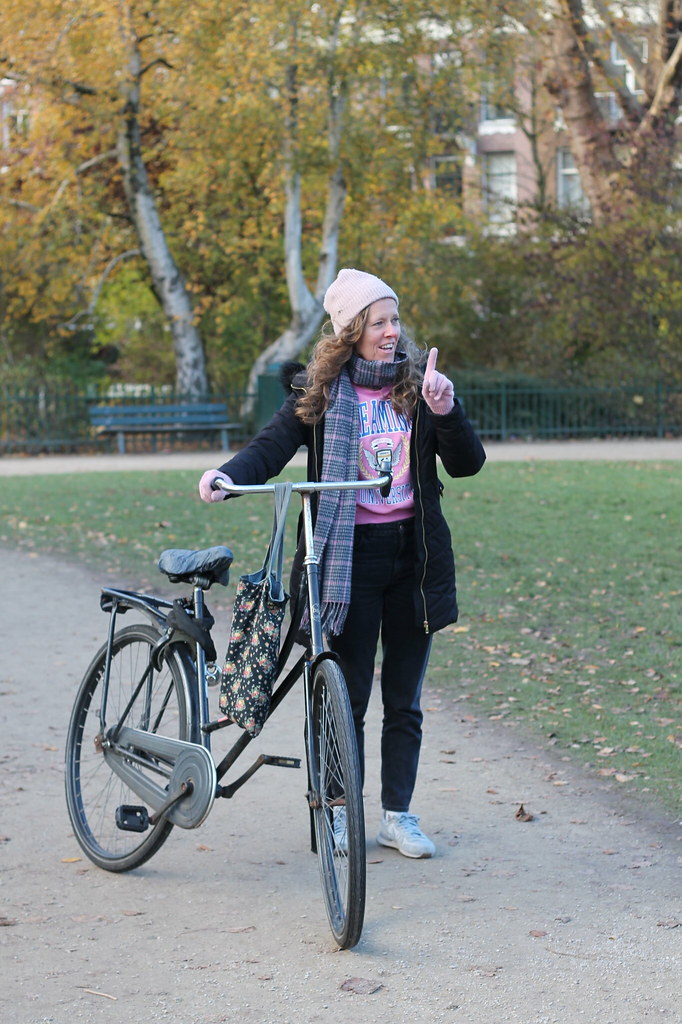 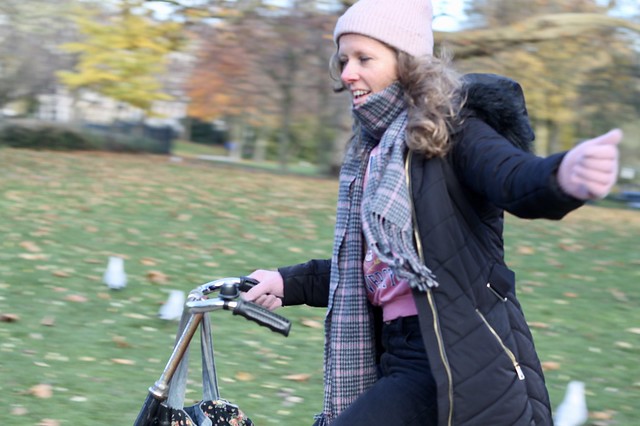 Flowers in front or at the back? 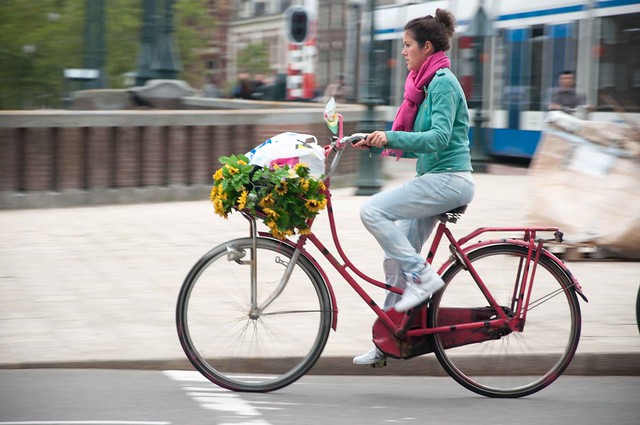 If we take those pictures as a generality I would defintely recommend to carry them on your bikeluggagerack… on the back! Especially if it is windy … 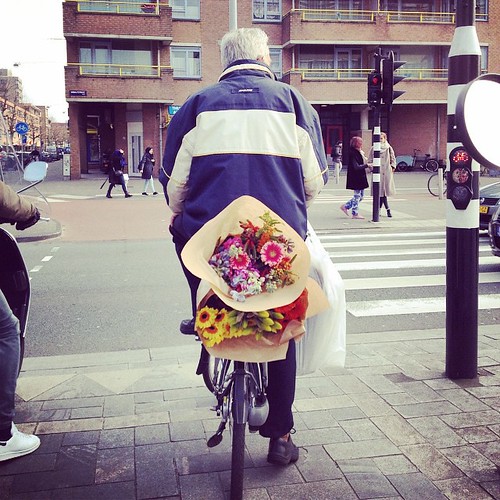 Happy birthday to us!

Today it is the third birthday of our blog. Three years of promoting the Amsterdam way of cycling. Our believe that everyone around the world has the right to cycle safely in their own city, has motivated us to work on this voluntary blog. Amsterdam shows that all is possible on a bike: commute to work, go out for a drink, pick your kids up from school, take you dog for a run etc. etc.

All local politicians around the world have to do to create a bike friendly is to make cycling top priority; create a safe cycling infrastructure and encourage people young and old to use their bikes. Believe us, it is best for the health, fun and future of a city!

Please join us on our trip back through the past year:
Most popular posts (just click on the pictures to see the post): 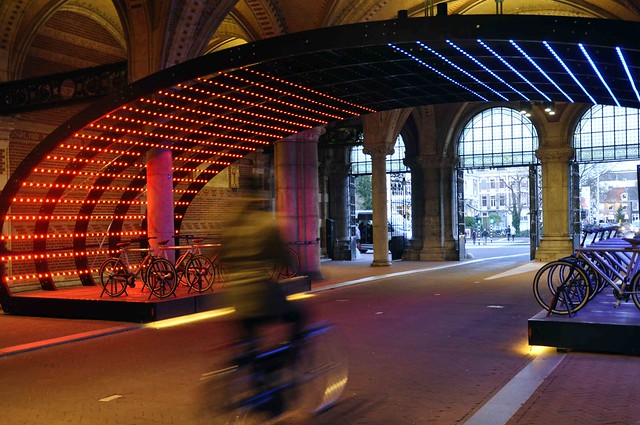 The Lightbattle under the Rijksmuseum 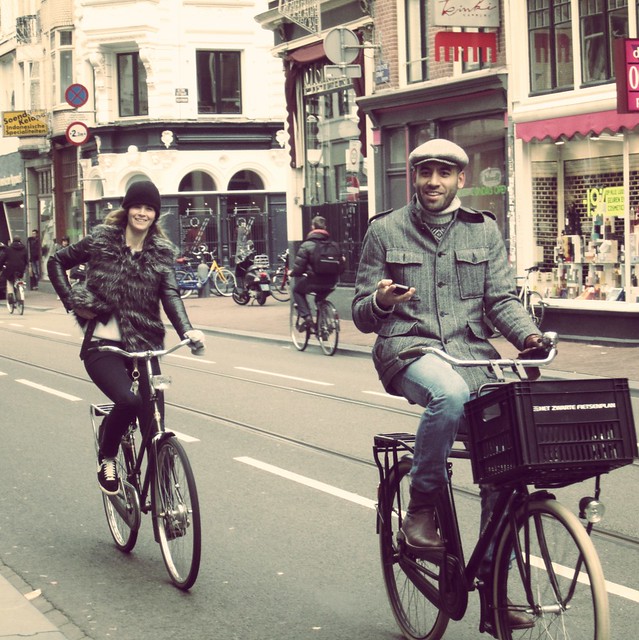 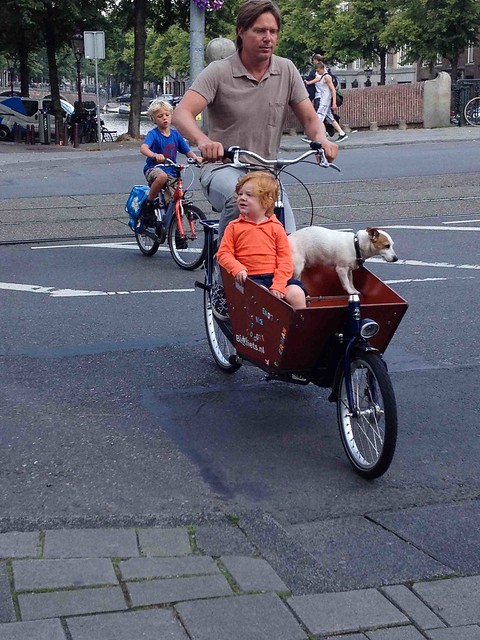 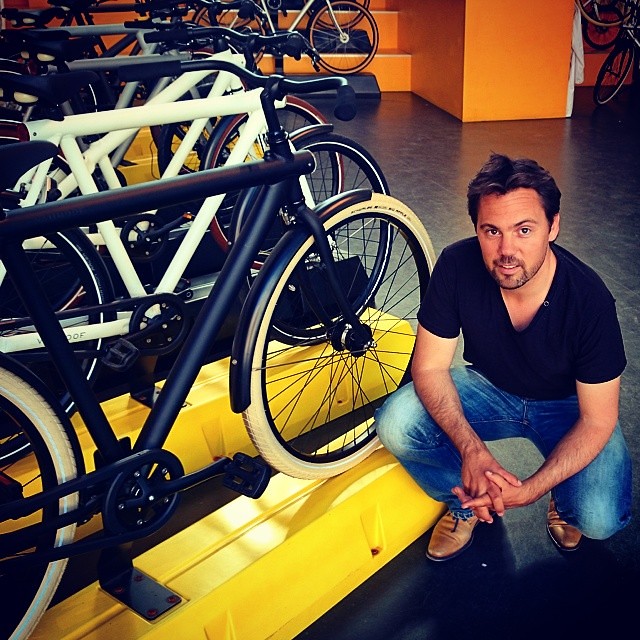 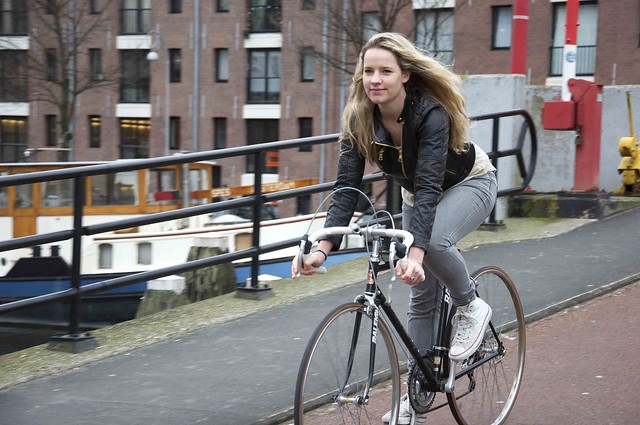 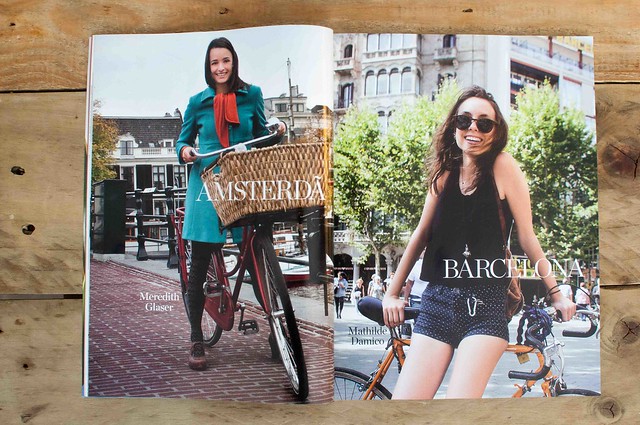 Interview with Meredith and picture by Aude in Marie Claire Brazil 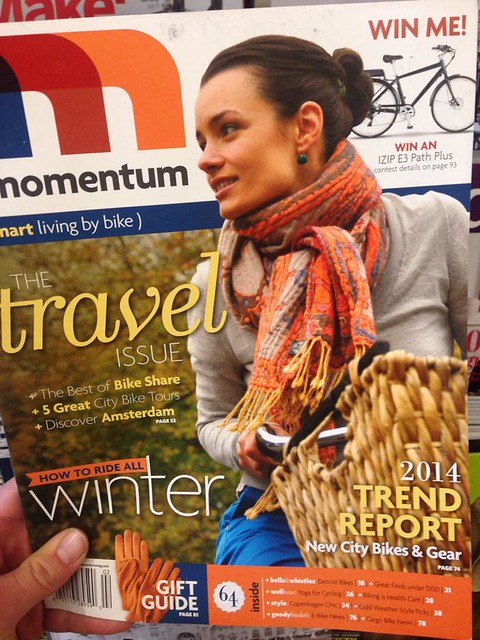 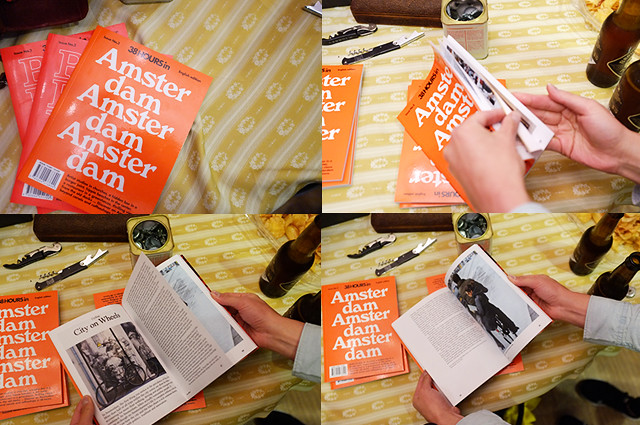 Our visitors mostly came from: 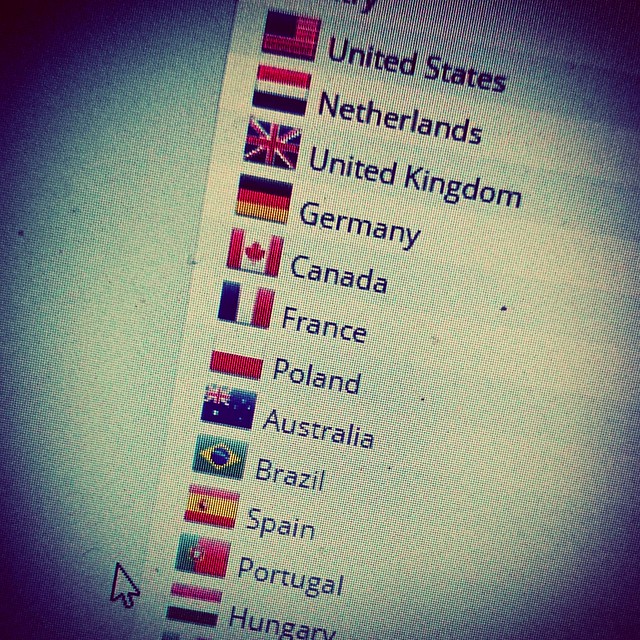 Thank you all for checking out our blogs, liking our pictures and spreading the word about how cool cycling is. We look forward to a new year full of ‘horses of steel’!

Amsterdam Cycle Chic is part of the global Cycle Chic movement. It all started in Copenhagen in 2007 when journalist, film director and photographer Mikael Colville-Andersen started posting pictures of people in Copenhagen on their bikes. All over the world people found his blog and were inspired by the Danish bicycle culture. It seemed that a lot of people linked cycling to sports; to lycra, speed and sweat. Mikael Colville-Andersen showed the world that cycling can be very stylish and part of a daily life.

The foundation of the Cycle Chic movement is this manifesto. In short; style over speed and no helmets or visvests.
About Cycle Chic